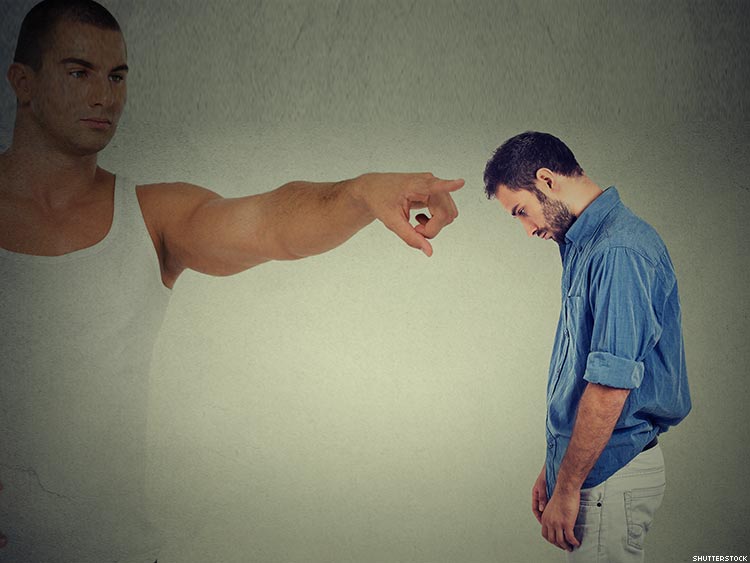 Looking creator Andrew Haigh caught some flak from the gay Internet a few months back when he responded to the scrutiny that many gay men had laid upon his show.

In an interview with Attitude magazine, he criticized many for “making a judgment on two seasons of a show after watching just five minutes, and [turning] it off because somebody was being jerked off in a wood and you didn’t like what that said about gay people.”

As a gay filmmaker, I can relate to Haigh’s frustration, and I would add that gay people are often as dismissive of other human beings in real life as they are of characters on television. Every group is guilty of this, but I think that gay people in particular should ask themselves why their desire to judge outweighs their capacity for empathy.

The show isn’t making an argument for or against promiscuity, but I knew that some would assume that it did, probably because they didn’t make it past the fun stuff to the episode in the STD clinic.

I was prepared for some backlash, given the irreverence with which the subject is approached, but I was surprised to find the majority of the vitriol coming from other gay men. I pulled the following gems from the comments on an Out magazine article about the show:

“Why the hell are you in an ‘open relationship’ to begin with if you’re going to hook up with other guys? so trashy!”

“Sluttiness and having multiple sex partner beside your boyfriend, for me it’s disgusting.”

Many of the commenters expressed concern about gay men being viewed as promiscuous. If these commenters desire to combat stereotypes, then I’d suggest they start by not contributing to the stereotype that gay men are catty, bitter, backbiting queens. We all share a common struggle, and I believe we have a responsibility to be kinder to each other than society has been to us. Yes, some people are promiscuous — that doesn’t mean their stories are any less worthy of being told.

As LGBTQ people who have been told since we were young that our sexuality is an abomination, I believe we have a duty to stand up against the morality police. Who are we to govern the sexual practices of others? Who are we performing for? Why do we need to criticize others to affirm our own decisions? Do we really want the same societal pressure placed upon our relationships that straight people have to contend with? Just because I’m engaged to my partner doesn’t mean that marriage is right for everybody. Some people might actually be happy being single — that doesn’t threaten me. Today, it seems as though any individual’s expression of sexual desire outside of the confines of marriage is seen as a threat to our hard-earned place in society.

We’ve all heard the counterargument. How are we supposed to convince everyone we deserve equal rights when Larry’s on Grindr every night and Sarah, Kim, and Suzy are raising a kid in a triad? Guess what? Larry is getting laid, and three women throupling isn’t any more of a threat to two men getting married than two men getting married is a threat to a straight couple tying the knot.

Sex is also nobody’s business except for the “sluts” in question. This kind of pearl-clutching recalls the respectability politics of Bill Cosby, and we know just how respectable he turned out to be. I’ve overheard an acquaintance at a bar trashing a friend of mine who occasionally performs in adult films, only to find out that they hooked up later that week!

I can certainly understand why promiscuity fell out of fashion in the wake of the AIDS crisis. At 16, I convinced myself that I had contracted HIV from kissing another guy. It’s not an uncommon story. When my mother found out I was gay later that year, she told me she was afraid I had HIV. I was a virgin.

Growing up in Mississippi, I hadn’t actually met another gay man I wanted to have sex with. And if I had, I would’ve definitely been too afraid to act on it. We’re finally at a place where we aren’t immediately equating sex with death, and I think that’s a wonderful thing. But the fear many of us felt growing up has left scars that have twisted into hatred — hatred of other gay men and hatred of ourselves. As a late bloomer, I certainly did my share of slut-shaming, and I think back on both my bitterness and naivety with deep regret.

Seeing upstanding, attractive gay people profess their love and devotion to one another on TV has certainly helped the movement for equal rights for same-sex couples. But the end goal, for me, is not equal rights for gay couples; it’s equal rights for all people. I want to live in a society predicated on mutual respect and civility, where no one feels ownership over anyone else’s sexuality.

I want to live in a society without slut-shaming, because I can see what it’s done to women. Society’s desire to police female bodies has resulted in employers limiting access to contraception, state lawmakers championing transvaginal ultrasounds, and Republican presidential candidates quibbling over who would make the most severe cuts to funding for the largest provider of women’s health services in the country. This attack on women’s reproductive rights is one of the reasons I chose to include an abortion storyline for Constance Wu’s character, Kathy, in the first season of EastSiders.

We are living in an incredible moment in history. We finally have the right to marry, and public opinion has shifted dramatically in our favor regarding other forms of discrimination. One need only look as far as the national ridicule of Kim “Eye of the Tiger” Davis to see how far we have come.

While there are some extremists who have rallied to her side, a few short years ago her refusal to do her job would have been reported in a drastically different manner, with her personal beliefs weighed equally with the civil liberties of LGBT citizens. But we have a responsibility to look past assimilation and continue to act as leaders toward a more loving, egalitarian society.