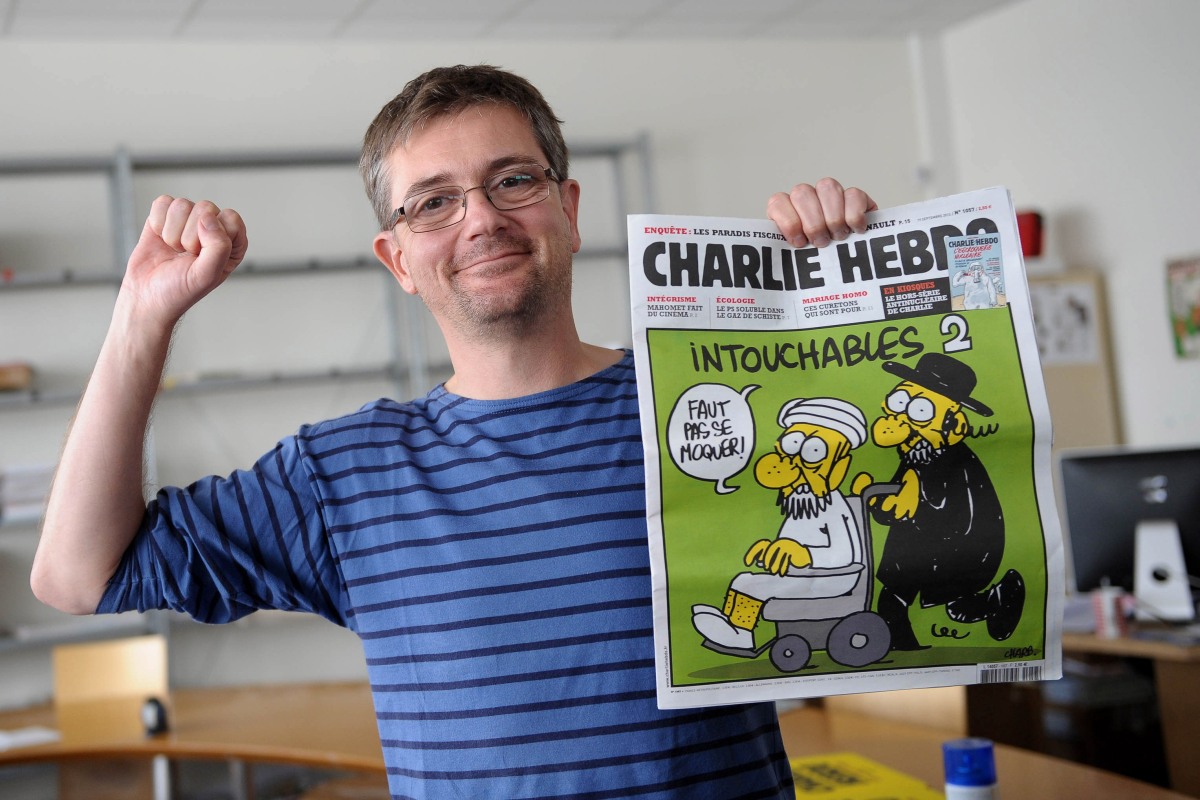 On the anniversary of the attack on Charlie Hebdo we must defend the right to blaspheme.

The names of the victims of the attack on Charlie Hebdo’s office which occurred a year ago today, are at the beginning of a long and bloody list of people who faced violence in 2015 for supposedly blasphemous speech.

Similarly-motivated attacks were not uncommon.

Four secular bloggers were slaughtered with machetes in Bangladesh because of their writing; a woman wrongly accused of blasphemy was beaten to death, run over with a car, and set on fire by a crowd in Afghanistan; gunmen targeted events critical of Islam in Denmark and Texas.

Even more alarming is the prevalence of violence against blasphemers perpetrated not by vigilantes, but by governments. A 2012 study found that almost a quarter of the world’s countries maintain blasphemy laws. These laws—often deployed to silence critics of government as well as religion—are dangerous even when they’re not enforced. Their very existence inspires self-censorship from people who rightly fear violent consequences for expressing themselves freely. Unfortunately, such laws have been used to do much more than simply chill speech.

Only days after the attack on Charlie Hebdo, Saudi Arabia—a leading country on a United Nations human rights panel—began the flogging punishments of blogger Raif Badawi for “insulting Islam.” The lashings have been halted, but could begin again at any time, and Badawi remains in prison. Saudi Arabia also sentenced another man to death for ripping up a Koran and hitting it with a shoe, and arrested an Indian man for ‘liking’ a post with “blasphemous content” on social media.

In Pakistan, two men were given the death sentence for blasphemy, and more were arrested for the same crime.

Bahrain, the United Arab Emirates, and Kuwait considered or passed laws strengthening their ability to punish speech that insults the sensitivities of gods and their adherents.

Poland, upheld its blasphemy law in October, reaffirming that it would punish “whoever offends religious feelings of other people by publicly insulting an object of religious cult.”

Last January, the world witnessed numerous declarations of unwavering support for the principles of freedom of speech. But as we look back at how religious dissent was suppressed in the past year, those words ring empty. Dissidents around the world are still being violently silenced simply because their mere words about the divine depart from the views of the majority. That’s not a state of affairs we should find tolerable. The right to voice opposition to other people’s gods is as important as their right to express belief in them.

The best way to honor the victims of the Charlie Hebdo attack is to renew our condemnations of threats to freedom of expression, whether those threats strike close to home or far away, and to call on leaders to stand firm against violent censorship, whatever its form.