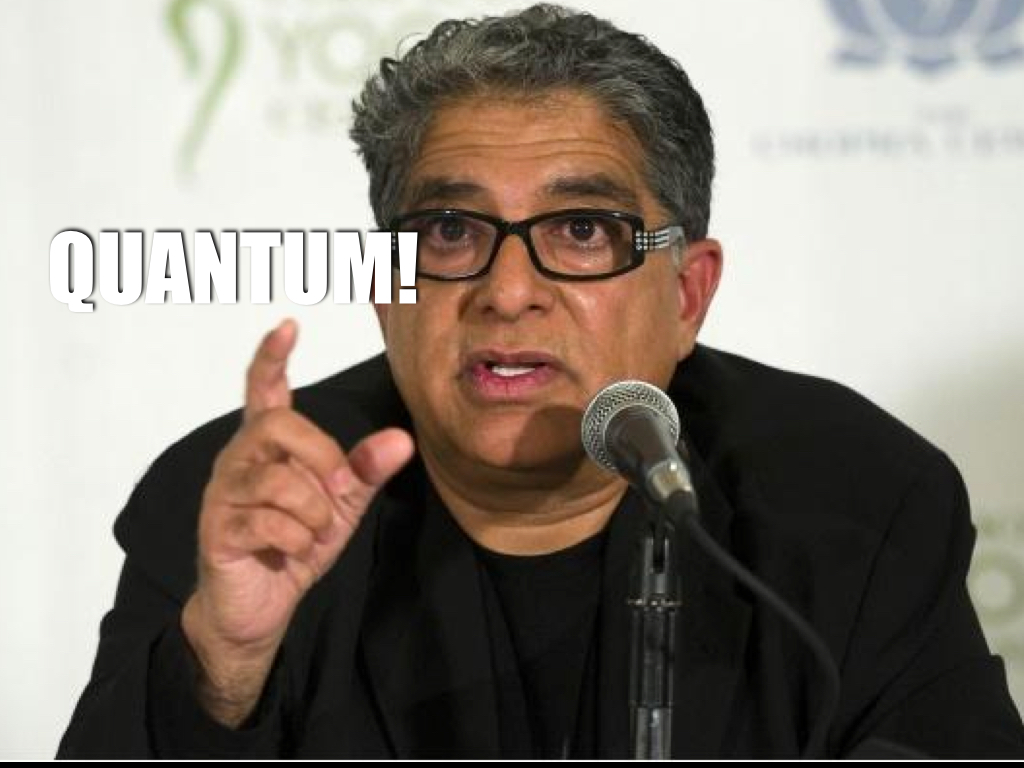 While “leaky gut syndrome” is poorly understood and is not a diagnosis taught in medical school, Chopra blames stress and an “inflamed microbiome” for causing the condition, which he implicates in a raft of health problems. Though “leaky gut syndrome” is largely promoted by pseudoscientists and is not recognized by the mainstream medical community, scientists are learning that “the gut,” or intestinal tract, can “leak,” allowing substances through microscopic openings in its lining and into the rest of the body. And although our understanding of intestinal permeability is changing, Chopra’s misinformation-laden messaging is a far cry from evidence-based.

According to Chopra, that pesky inflamed microbiome is sentient. The genome, microbiome and epigenome, which the author collectively calls the “super gene,” are referenced throughout the interview. His book, Super Genes: The Key to Health and Well-Being, was published last year.

In the world of science, the genome is the entirety of the genetic information, contained in the nucleus of each somatic cell in any organism’s body, coding for the functions of life. The microbiome is a term used to describe the entirety of all of the microorganisms in any environment, as well as the genetic information contained therein, with those myriad little guys’ genes outnumbering the human genes in our body by 100 to 1. The epigenome is an array of structural compounds that don’t code for proteins the way genes do, but that interact with and affect gene activity.

The functions, interactions and inner workings of these “omes” are complex, with our understanding of them still at an infant stage. In other words, what we know about the microbiome, epigenome and genome is dwarfed by what we have yet to learn, and Deepak Chopra exploits this, taking brazen liberties to fill in the gaps.