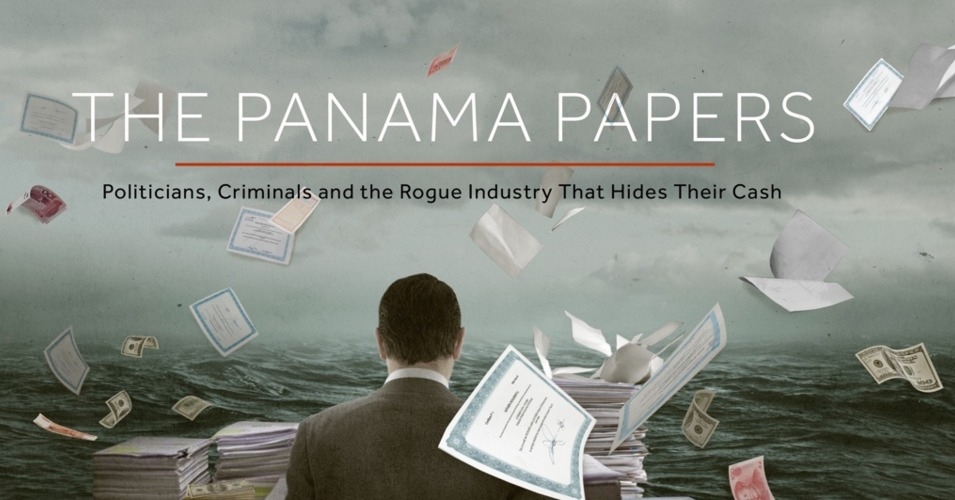 An enormous trove of confidential documents from the notorious Panamanian law firm Mossack Fonseca was made public on Sunday, exposing a vast web of offshore shell companies used by members of the global elite to evade taxes, hoard money, and skirt economic sanctions.

The massive leak — dubbed the “Panama Papers” — includes more than 11.5 million documents and implicates 72 current and former heads of state. The documents were obtained by the German newspaper Suddeutsche Zeitung (SZ) and shared with the International Consortium of Investigative Journalists (ICIJ).

“The leak exposes the offshore holdings of 12 current and former world leaders and reveals how associates of Russian President Vladimir Putin secretly shuffled as much as $2 billion through banks and shadow companies,” the ICIJ wrote in its overview of the leak on Sunday. “The files contain new details about major scandals ranging from England’s most infamous gold heist, an unfolding political money laundering affair in Brazil and bribery allegations convulsing FIFA, the body that rules international soccer.”

SZ explained that an anonymous source contacted its reporters more than a year ago and provided them with 2.6 terabytes of data from Mossack Fonseca, which sells anonymous offshore companies around the world. “These shell firms enable their owners to cover up their business dealings, no matter how shady,” SZ wrote, noting that the Panamanian firm’s clients include “criminals and members of various Mafia groups,” in addition to government officials and their relatives and close associates.

“Generally speaking, owning an offshore company is not illegal in itself. In fact, establishing an offshore company can be seen as a logical step for a broad range of business transactions,” SZ explained. “However, a look through the Panama Papers very quickly reveals that concealing the identities of the true company owners was the primary aim in the vast majority of cases.”

Related: The Law Firm That Works with Oligarchs, Money Launderers, and Dictators

The ICIJ and SZ have teamed up with reporters from more than 100 news organizations around the globe to sift through the leaked documents. The Panama Papers have been public for less than 24 hours, but the unprecedented leak is already causing repercussions.

Iceland’s Prime Minister Sigmundur Davîo Gunnlaugsson is facing calls for a snap election after the Panama Papers revealed him as one of many politicians using shell companies to hide money. Documents in the leak revealed that Gunnlaugsson, together with his business partner and wife Anna Sigurlaug Palsdottis, set up a shell company with Mossack Fonseca in 2007 in the British Virgin Islands.

Gunnlaugsson, who took office after Iceland’s 2008 financial crisis, vowed to defend the country from foreign creditors, who he described as “vultures,” but he did not disclose the fact that he had $4 million in bonds tied up in an offshore shell company. He has also denied having an offshore account in the past.

‘These shell firms enable their owners to cover up their business dealings, no matter how shady.’

“Myself? No,” he reportedly said when questioned recently by the Guardian about his links to Mossack Fonseca. “Well, the Icelandic companies I have worked with had companies with offshore companies.”

The leak has also exposed the use of offshore companies by a number of high-level Russian government officials, including many in Russian President Vladimir Putin’s inner circle. AGuardian analysis of the documents found a tangled web of offshore deals and loans — collectively worth about $2 billion — that all led back to Putin. That money has made members of his close circle extremely rich.

While Putin himself is not directly implicated in the leak, many of his family members and close friends are. The Guardian noted that many of the enormous loans detailed in the leak were almost certainly secured through the Russian president’s patronage.

The documents reveal that Sergey Roldugin, a famous cellist and one of Putin’s oldest friends, owns three offshore companies worth more than $100 million: Sonnette Overseas, International Media Overseas and Raytar Limited. The first two companies were created by Bank Rossiya, which is based in St. Petersburg and has been described by US officials as Putin’s “crony bank.” In 2014, President Barack Obama signed an executive order designating Bank Rossiya a target of economic sanctions as a result of Russia’s annexation of Crimea.

Related: From Drug Money to FIFA: How Banks Facilitate Illicit Transfers Around the World

Ukrainian President Petro Poroshenko is also mentioned in the documents. The oligarch came to power in 2014 after a popular uprising ousted his corrupt predecessor, Viktor Yanukovych. Poroshenko touted himself as a different kind of politician, but the Panama Papers reveal that the “chocolate king” — as he is known due to the inclusion of a prominent confectionary company in his corporate empire — was stashing his assets from his companies in offshore accounts. In 2014, the tycoon became the sole owner of “Prime Asset Partners Limited,” a company in the British Virgin Islands.

The Cypriot law firm representing “Prime Asset Partners Limited,” noted that although the new company belonged to “a person involved in politics,” it had “nothing to do with his political activities.” A spokesperson for Poroshenko told ICIJ that neither Prime Asset Partners nor two related companies in Cyprus and the Netherlands held his assets, and that they were instead part of a corporate restructuring plan designed to sell his confectionary company.

In 2012, as the international community started to slap key players in the Assad regime with economic sanctions, the US Treasury Department discovered Drex Technologies, a limited liability company (LLC) with an address in the British Virgin Islands. The Makhlouf borthers were using the shell company to conceal their international financial holdings and evade sanctions. By the time the Makhloufs were linked to the company, the brothers had had enough time to move their assets to another offshore address.

The data also shows how Saudi Arabia’s King Salman has used money from a company in the British Virgin Islands to pay for mortgages on luxury properties in London and for a yacht he keeps parked in Marbella, Spain. The vessel has its own banquet hall and enough space to comfortably sleep 30 guests.

While Argentina’s President Mauricio Macri, was mayor of Buenos Aires, he failed to disclose the fact that he had assets in a family-owned shell company in the Bahamas.

Gerard Ryle, director of the ICIJ, told the BBC that the documents covered the daily business operations of Mossack Fonseca for the last 40 years. “I think the leak will prove to be probably the biggest blow the offshore world has ever taken because of the extent of the documents,” he said.