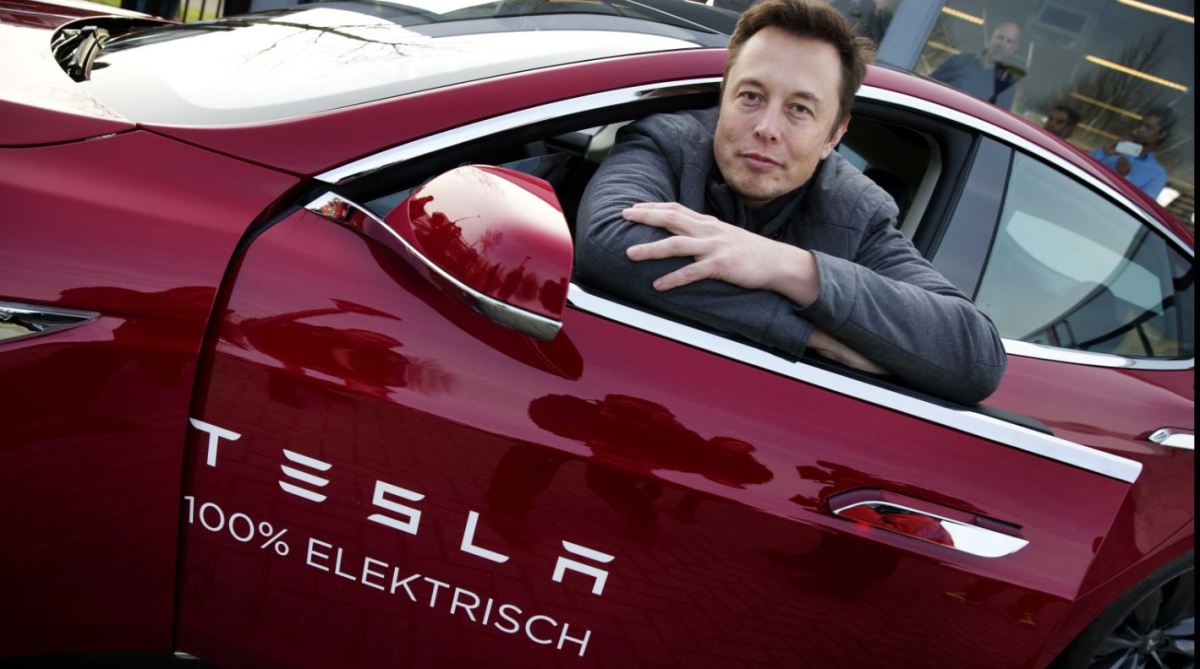 “Adios gas-powered cars.” That was the reaction of Barclays analyst Brian Johnston over the weekend to news that Tesla Motors had received orders for nearly 200,000 of its Model 3 electric vehicle in less than two days.

It is – by a long shot – the fastest growing customer order book in the history of the automobile industry. And for a car that will not even enter production for 18 months, and has a price tag of $US35,000.

Barclay’s Johnston says the huge order numbers – more than the monthly sales of General Motors – suggests the tide is turning away from the internal combustion engine. Other analysts agreed.

“Tesla has changed the game again,” said Andrea James, an analyst with Dougherty & Co. Alliance Bernstein’s Mark Jones also called it a “game changer”, and so too did Evercore ISI analyst George Galliers.

“To us the vehicle is ‘the game changer’ and will likely play a critical role in Elon Musk’s desire to expedite the auto industry’s transition from internal combustion engine to electric,” Galliers wrote in a client’s note.

It’s hard not to agree with Johnston and the other analysts. There could have been no greater demonstration of the latent demand for electric vehicles than the response to the Model 3.

This is not just a Tesla thing, as alluring as the brand might be. It is a sign, noted Johnston and the other analysts, that the days of the internal combustion engine are numbered. Some say it may be over by 2025.

Musk has not played a lone hand in this. The German automaker VW managed to kill the future of the diesel car when it was forced to admit that its fuel efficiency claims were completely bogus – a development that forced it and other car makers to throw all their efforts into electric vehicles.

Then there are technology developments and environmental concerns. China and other countries are trying to kick petrol and diesel cars off the road to try to make their cities more livable. China’s BYD tripled EV sales to 150,000 in 2015, and expects that number to double each year for the next three years.

India’s roads minister last week was quoted as saying he wanted all cars to be electric by 2030. Norway intends to do this by 2025, and the Netherlands has said it will ban sales of new petrol cars from that date. And just to add to the mega-themes, Saudi Arabia said it is planning to establish a $US2 trillion sovereign wealth fund by selling off its state petroleum assets in preparation for a world beyond oil.

This, of course, represents a massive disruption to several industries that have dominated world economies and politics over recent decades. The big one is obviously the oil industry, but the whole nature of the auto industry is also being tipped on its head.

Electric vehicles do not just mean a different source of fuel – of electricity over liquids. Tesla has also managed to up-end the whole concept of networks and dealerships, which rely on repairs and maintenance to click over the revenues. That threat explains why some states in the US have refused access to Tesla cars because they won’t play by the rules.

And this is where it gets interesting – the fight for dominance in Auto 2.0.

Morgan Stanley analysts wrote in a note that Tesla – despite its many worthy accomplishments –  had not yet truly disrupted the auto industry. Before last Friday it had been nothing more than a niche player.

“We are now getting a feeling that this may be starting to change,” they wrote.

And what would that master plan be? According to Morgan Stanley analysts, it’s not actually the volumes that will count. Musk’s vision, they say, if for a shared, autonomous electric transport network where revenue is generated through the sales of miles rather than units.

They noted Musk’s announcements during the frenzy of the Model 3 launch on doubling the numbers of stores and superchargers in the next 12 months.

“(That) starts to imply some very serious physical numbers of real estate and service assets in the field to support the captive ecosystem of a transportation megafleet,” the Morgan Stanley analysts wrote.

“Tesla is shouldering the costs of an ever growing physical network of captive service and free charging. While these costs could be considered partially a marketing expense today, we believe the proprietary network is critical to delivering mobility service-based revenue in the future.”

It is fascinating, though, to see how some in the media are reacting to this. My copy of the Weekend Australian  did not include the story, and neither did my Monday copy.

The Australian Financial Review at least reported it, but tried to mock the event as a “launch resembling an environmental revival meeting.”

Really? Maybe that’s because Musk spent two minutes talking about rising Co2 levels and soaring temperatures and the need to do something about climate change. Clearly, the  AFR is still shocked that corporations talk about such things.

As events go, it was as corporate as corporate events can be – slick video, music, displays. Slick products. Enough to generate more than 250,000 orders and potential sales of more than $13 billion. If that’s the standard, let’s have more environmental revival meetings.

It’s that kind of thinking, though – oh, that this is just a fad – that has got the automotive industry into the mess it has been in, along with the media industry, the telco industry, and now the electricity supply industry, and so many sectors disrupted by the internet.  (I still remember the former editors of the AFR closing down the first iteration of afr.com more than a decade ago, on the basis that print sales would rebound and the “internet might go away”).

There are questions about Tesla’s ability to ramp up its production and meet this demand, and how many of these refundable deposits will turn into firm orders, and how much this new model will cannibalise the Model S.

All valid questions. Musk has already recognised that delivery will be the key and the need to rethink the company’s production plans. This already includes a possible new factory in Europe. Wouldn’t it be great if South Australia could attract Tesla to replace the petrol car production lines due to close in next few years?

But the shift from the petrol car to the electric car won’t ride on the ability of Musk to implement his strategy. The internet didn’t die because some firms that enjoyed early successes later collapsed so spectacularly.

The big story here in the untapped potential of the electric vehicle. If his master plan proves too hard, Musk’s legacy will be his ability to make electric vehicles an attractive consumer product, just as Apple did with the laptop and the iPhone.

When Musk began building his Roadsters eight years ago, EVs were seen as something useful for the golf course and the DIY community. Tesla built around 2500 of the those roadsters, and now it has pre-orders of 100 time that sports car’s entire production, two years out.

That, said one observer, surely establishes Tesla as the electric transport catalyst in the history of the world. “It really cements them as serious agents of change in the EV realm – exactly what Elon has been pouring his heart and soul into achieving,” said one.