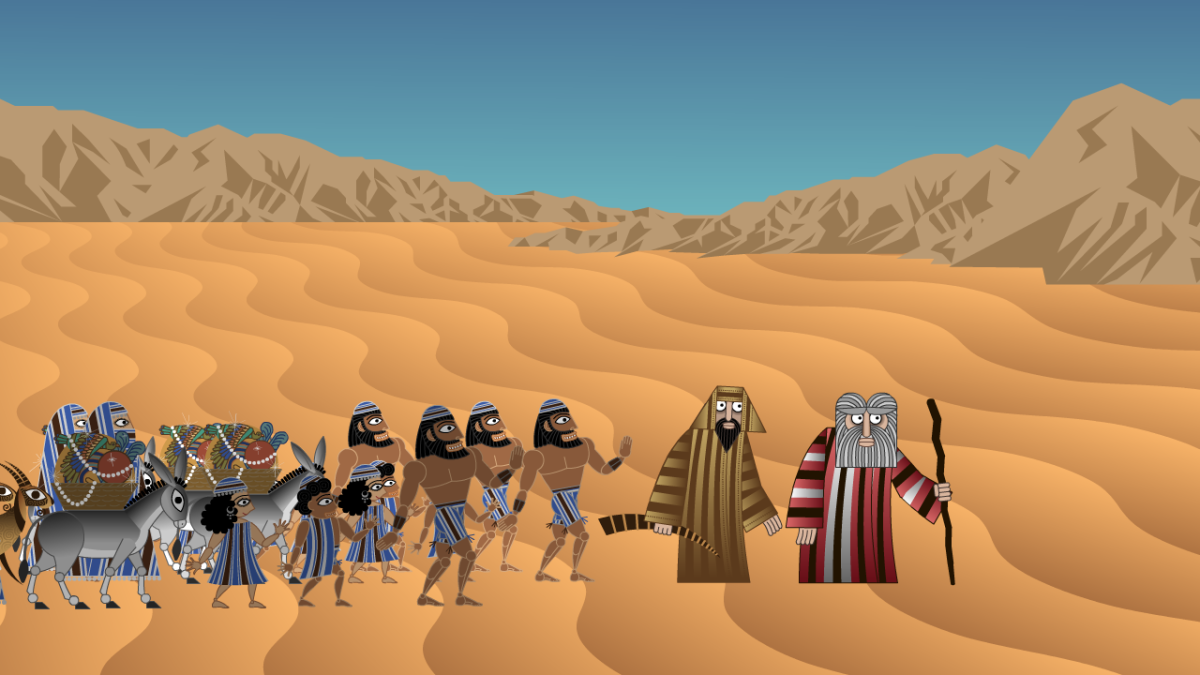 Were Jews ever slaves in Egypt? The evidence doesn’t seem to add up.

It’s one of the greatest stories ever told:

A baby is found in a basket adrift in the Egyptian Nile and is adopted into the pharaoh’s household. He grows up as Moses, rediscovers his roots and leads his enslaved Israelite brethren to freedom after God sends down 10 plagues against Egypt and parts the Red Sea to allow them to escape. They wander for 40 years in the wilderness and, under the leadership of Joshua, conquer the land of Canaan to enter their promised land.

For centuries, the biblical account of the Exodus has been revered as the founding story of the Jewish people, sacred scripture for three world religions and a universal symbol of freedom that has inspired liberation movements around the globe.

But did the Exodus ever actually occur?

On Passover last Sunday, Rabbi David Wolpe raised that provocative question before 2,200 faithful at Sinai Temple in Westwood. He minced no words.

“The truth is that virtually every modern archeologist who has investigated the story of the Exodus, with very few exceptions, agrees that the way the Bible describes the Exodus is not the way it happened, if it happened at all,” Wolpe told his congregants.

Wolpe’s startling sermon may have seemed blasphemy to some. In fact, however, the rabbi was merely telling his flock what scholars have known for more than a decade. Slowly and often outside wide public purview, archeologists are radically reshaping modern understanding of the Bible. It was time for his people to know about it, Wolpe decided.

After a century of excavations trying to prove the ancient accounts true, archeologists say there is no conclusive evidence that the Israelites were ever in Egypt, were ever enslaved, ever wandered in the Sinai wilderness for 40 years or ever conquered the land of Canaan under Joshua’s leadership. To the contrary, the prevailing view is that most of Joshua’s fabled military campaigns never occurred–archeologists have uncovered ash layers and other signs of destruction at the relevant time at only one of the many battlegrounds mentioned in the Bible.

Today, the prevailing theory is that Israel probably emerged peacefully out of Canaan–modern-day Lebanon, southern Syria, Jordan and the West Bank of Israel–whose people are portrayed in the Bible as wicked idolators. Under this theory, the Canaanites who took on a new identity as Israelites were perhaps joined or led by a small group of Semites from Egypt–explaining a possible source of the Exodus story, scholars say. As they expanded their settlement, they may have begun to clash with neighbors, perhaps providing the historical nuggets for the conflicts recorded in Joshua and Judges.

“Scholars have known these things for a long time, but we’ve broken the news very gently,” said William Dever, a professor of Near Eastern archeology and anthropology at the University of Arizona and one of America’s preeminent archeologists.

Dever’s view is emblematic of a fundamental shift in archeology. Three decades ago as a Christian seminary student, he wrote a paper defending the Exodus and got an A, but “no one would do that today,” he says. The old emphasis on trying to prove the Bible–often in excavations by amateur archeologists funded by religious groups–has given way to more objective professionals aiming to piece together the reality of ancient lifestyles.

But the modern archeological consensus over the Exodus is just beginning to reach the public. In 1999, an Israeli archeologist, Ze’ev Herzog of Tel Aviv University, set off a furor in Israel by writing in a popular magazine that stories of the patriarchs were myths and that neither the Exodus nor Joshua’s conquests ever occurred. In the hottest controversy today, Herzog also argued that the united monarchy of David and Solomon, described as grand and glorious in the Bible, was at best a small tribal kingdom.

Dever argued that the Exodus story was produced for theological reasons: to give an origin and history to a people and distinguish them from others by claiming a divine destiny.

Some scholars, of course, still maintain that the Exodus story is basically factual.

Bryant Wood, director of the Associates for Biblical Research in Maryland, argued that the evidence falls into place if the story is dated back to 1450 BC. He said that indications of destruction around that time at Hazor, Jericho and a site he is excavating that he believes is the biblical city of Ai support accounts of Joshua’s conquests.