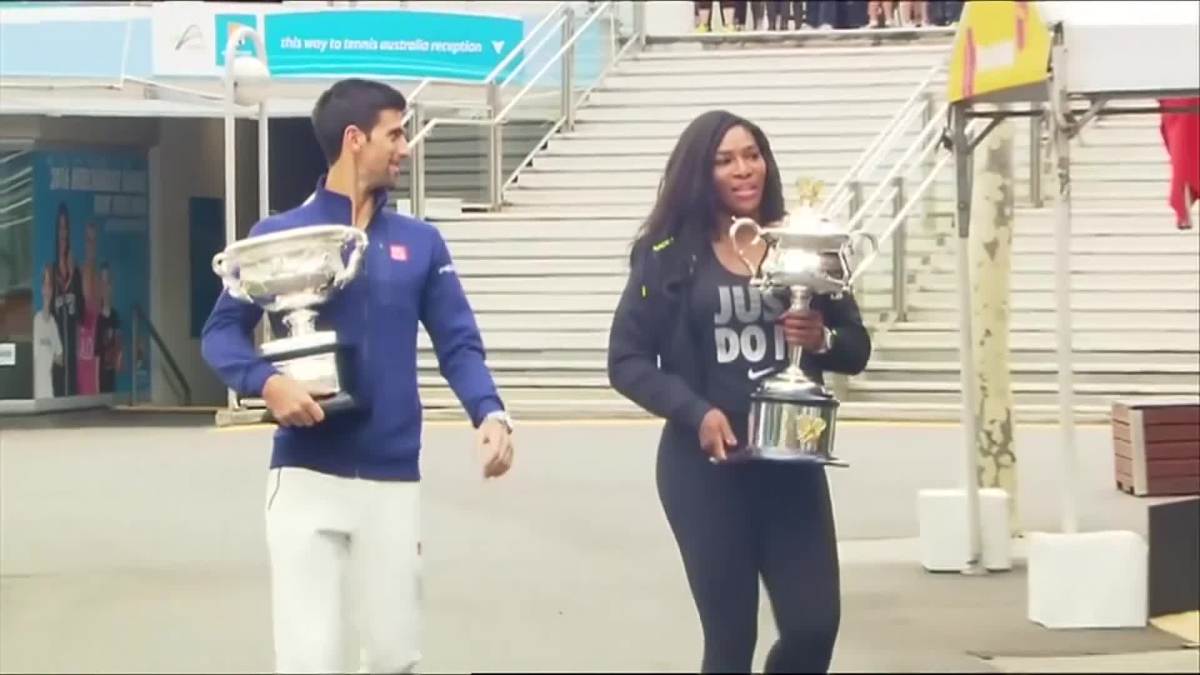 But the Serb described Moore’s comments as “not politically correct”.

Djokovic, 28, said women “fought for what they deserve and they got it”, but claimed prize money should be “fairly distributed” based on “who attracts more attention, spectators and who sells more tickets”.

There has been equal prize money in all four majors – the Australian Open, US Open, French Open and Wimbledon – since 2007, and combined Masters events such as Indian Wells and Miami pay the same to men and women.

“There’s only one way to interpret that. Get on your knees, which is offensive enough, and thank a man,” added 21-time major winner Williams, 34. “We shouldn’t have to drop to our knees at any point.”

Moore, a 69-year-old former player from South Africa, said: “If I was a lady player, I would go down every night on my knees and thank God that Roger Federer and Rafa Nadal were born, because they have carried this sport. They really have.”

He later apologised for the “erroneous” remarks.

Billie Jean King, who co-founded the WTA Tour and won 12 Grand Slam singles titles, tweeted: “Disappointed in Raymond Moore comments. He is wrong on so many levels. Every player, especially the top players, contribute to our success.”

What else did Djokovic say?

The Serb admitted it was a “very delicate situation” and was “completely for women power”. He said:

A debate about the relative strengths of the men’s and women’s game should not be off limits, but the language Ray Moore used was deeply offensive – and it is hard to see how he can command the confidence of the players who will return to Indian Wells next year.

Novak Djokovic’s comments are shared by very many in the men’s game.

He is suggesting prize money at combined events should be distributed on the basis of ticket sales and TV viewing figures.

That may lead in future to women being paid more, but could also fatally undermine the principle that men and women should be treated equally for competing on the same stage – irrespective of the number of sets they are asked to play.

for women’s 2015 WTA events and finals