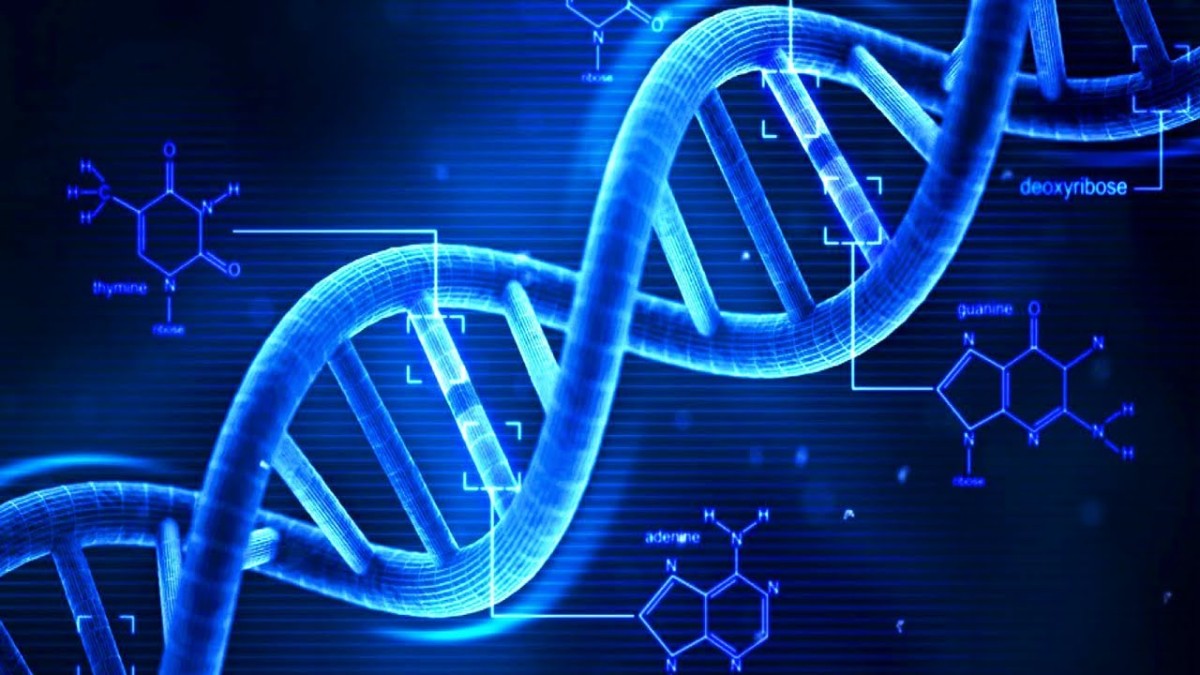 Scientists confirm there’s a second layer of information hidden in our DNA.

Theoretical physicists have confirmed that it’s not just the information coded into our DNA that shapes who we are – it’s also the way DNA folds itself that controls which genes are expressed inside our bodies.

That’s something biologists have known for years, and they’ve even been able to figure out some of the proteins responsible for folding up DNA. But now a group of physicists have been able to demonstrate for the first time through simulations how this hidden information controls our evolution.

Let’s back up for a second here, because although it’s not necessarily news to many scientists, this second level of DNA information might not be something you’re familiar with.

As you probably learnt in high school, Watson and Crick discovered in 1953 that the DNA code that determines who we are is made up of a sequence of the letters G, A, C, and T.

The order of these letters determines which proteins are made in our cells. So, if you have brown eyes, it’s because your DNA contains a particular series of letters that encodes for a protein that makes the dark pigment inside your iris.

But that’s not the whole story, because all the cells in your body start out with the exact same DNA code, but every organ has a very different function – your stomach cells don’t need to produce the brown eye protein, but they do need to produce digestive enzymes. So how does that work?

Since the ’80s, scientists have found that the way DNA is folded up inside our cells actually controls this process. Environmental factors can play a big role in this process too, with things like stress known to turn certain genes on and off through something known as epigenetics.

But the mechanics of the DNA folding is the original control mechanism. That’s because every single cell in our body contains around 2 metres of DNA, so to fit inside us, it has to be tightly wrapped up into a bundle called a nucleosome – like a thread around a spool.

And the way the DNA is wrapped up controls which genes are ‘read’ by the rest of the cell – genes that are all wrapped on the inside won’t be expressed as proteins, but those on the outside will. This explains why different cells have the same DNA but different functions.

In recent years, biologists have even started to isolate the mechanical cues that determine the way DNA is folded, by ‘grabbing onto’ certain parts of the genetic code or changing the shape of the ‘spool’ the DNA is wrapped around.

So far, so good, but what do theoretical physicists have to do with all this?

A team from Leiden University in the Netherlands has now been able to step back and look at the process on a whole-genome scale, and confirm through computer simulations that these mechanical cues are actually coded into our DNA.

The physicists, led by Helmut Schiessel, did this by simulating the genomes of both baker’s yeast and fission yeast, and then randomly assigning them a second level of DNA information, complete with mechanical cues.

They were able to show that these cues affected how the DNA was folded and which proteins are expressed – further evidence that the mechanics of DNA are written into our DNA, and they’re just as important in our evolution as the code itself.

This means the researchers have shown that there’s more than one way that DNA mutations can affect us: by changing the letters in our DNA, or simply by changing the mechanical cues that arrange the way a strand is folded.

“The mechanics of the DNA structure can change, resulting in different packaging and levels of DNA accessibility,” they explain, “and therefore differing frequency of production of that protein.”

Again, this is confirming what many biologists already knew, but what’s really exciting is the fact that the computer simulations open up the possibility for scientists manipulate the mechanical cues that shape DNA – which means they might one day be able to fold DNA to hide unwanted genes, like the ones that trigger disease.

We’re a long way off doing that, but the more scientists understand about how our DNA is controlled and folded, the closer we get to being able to improve upon it.