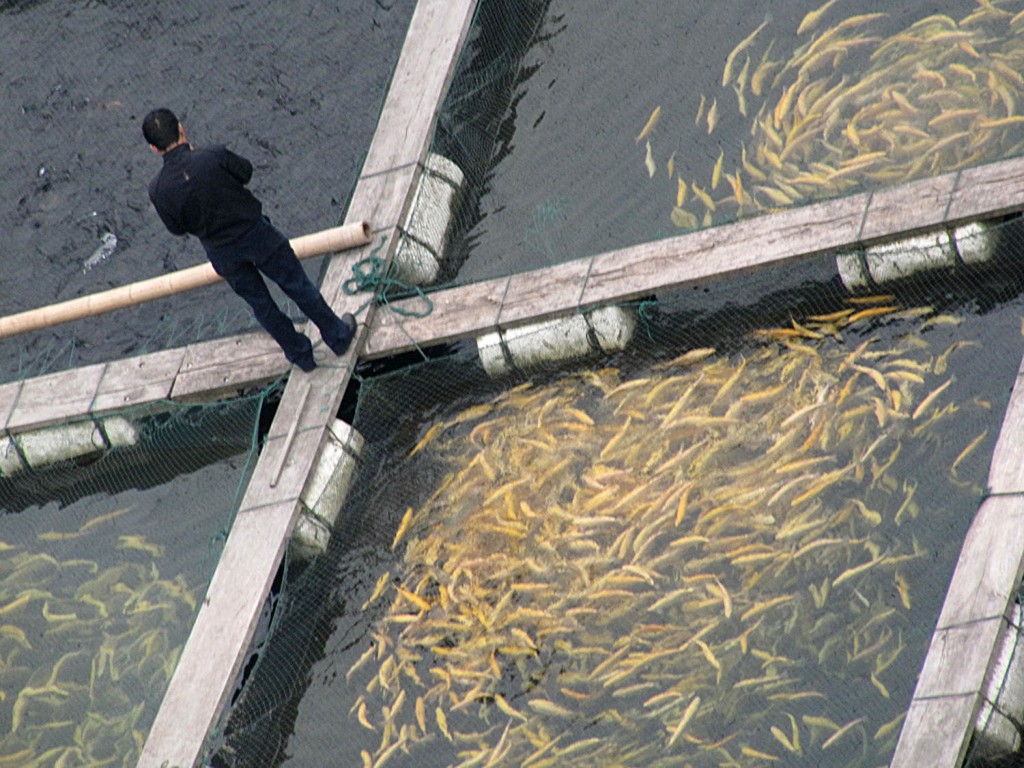 Elsewhere in Ca Mau, Nguyen Van Hoang packs shrimp headed for the U.S. in dirty plastic tubs. He covers them in ice made with tap water that the Vietnamese Health Ministry says should be boiled before drinking because of the risk of contamination with bacteria. Vietnam ships 100 million pounds of shrimp a year to the U.S. That’s almost 8 percent of the shrimp Americans eat.

Using ice made from tap water in Vietnam is dangerous because it can spread bacteria to the shrimp, microbiologist Mansour Samadpour says, Bloomberg Markets magazine reports in its November issue.

“Those conditions — ice made from dirty water, animals near the farms, pigs — are unacceptable,” says Samadpour, whose company, IEH Laboratories & Consulting Group, specializes in testing water for shellfish farming.

“We are trying to meet international standards,” Thanh says.

At Chen Qiang’s tilapia farm in Yangjiang city in China’s Guangdong province, which borders Hong Kong, Chen feeds fish partly with feces from hundreds of pigs and geese. That practice is dangerous for American consumers, says Michael Doyle, director of the University of Georgia’s Center for Food Safety.

“The manure the Chinese use to feed fish is frequently contaminated with microbes like salmonella,” says Doyle, who has studied foodborne diseases in China.

On a sweltering, overcast day in August, the smell of excrement is overpowering. After seeing dead fish on the surface, Chen, 45, wades barefoot into his murky pond to open a pipe that adds fresh water from a nearby canal. Exporters buy his fish to sell to U.S. companies.

Yang Shuiquan, chairman of a government-sponsored tilapia aquaculture association in Lianjiang, 200 kilometers from Yangjiang, says he discourages using feces as food because it contaminates water and makes fish more susceptible to diseases. He says a growing number of Guangdong farmers adopt that practice anyway because of fierce competition.

“Many farmers have switched to feces and have stopped using commercial feed,” he says.

About 27 percent of the seafood Americans eat comes from China — and the shipments that the FDA checks are frequently contaminated, the FDA has found. The agency inspects only about 2.7 percent of imported food. Of that, FDA inspectors have rejected 1,380 loads of seafood from Vietnam since 2007 for filth and salmonella, including 81 from Ngoc Sinh, agency records show. The FDA has rejected 820 Chinese seafood shipments since 2007, including 187 that contained tilapia.