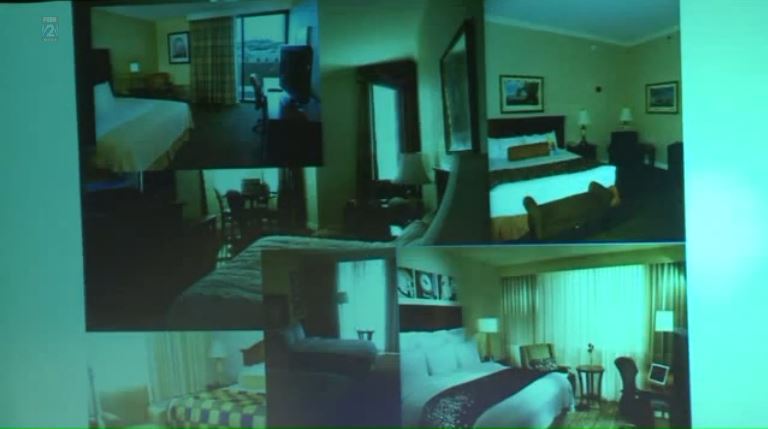 Taking a Picture of Your Hotel Room Could Help Stop Child Trafficking.

The TraffickCam app enables travelers to submit pictures of hotel rooms around the world. The images are matched against a national database used by police.

“You just enter your hotel room, and your room number. You take four pictures, and you submit them to the website,” Washington University Researcher and TraffickCam developer Abby Stylianou said. “And then those become part of the pipeline that law enforcement can use to track down where the victims are being trafficked.”

Stylianou was among the speakers at a Human Trafficking Town Hall at Maritz Tuesday.

“Right now there are pictures posted every day. Hundreds of pictures, in every city around the United States, posted online, that show victims of trafficking, in hotel rooms posed on beds,” she said.

Hotel photos submitted by travelers will allow police to querry the database to determine where the pictures of victims were taken.

TraffickCam now has more than 1.5 million images of hotels across the world, thanks to support from the public.

The idea for the app is merging of ideas between researchers at Washington University and the Exchange Initiative, a non-profit formed by Nix Conference and Meeting Management. A few years ago, police sought the help of Nix staff to identify the specific hotel where a victim was trafficked.

“It was a photo that they had from the internet,” Nix Principal Molly Hackett said. “One of the girls in our office knew exactly what it was.”

The Exchange Initiative created the app, which Hackett said is widely used by her staff. But use of the app isn’t limited to her line of work.

The internet has made it easier for criminals to engage in sex trafficking and child exploitation, Sgt. Adam Kavanaugh with St. Louis County Police said. Kavanaugh is the deputy commander of the Missouri Internet Crimes Against Children Task Force.

He said detectives are noticing an increase in younger victims.

He said he is optimistic the new technological tool will make a difference.

“I think it’s going to be crucial to help us identify not only where they’re at now, but where they’ve been at. Which is something we need – that’s helps with prosecution.”

TraffickCam is free and available for iPhone, iPads, and Android devices.