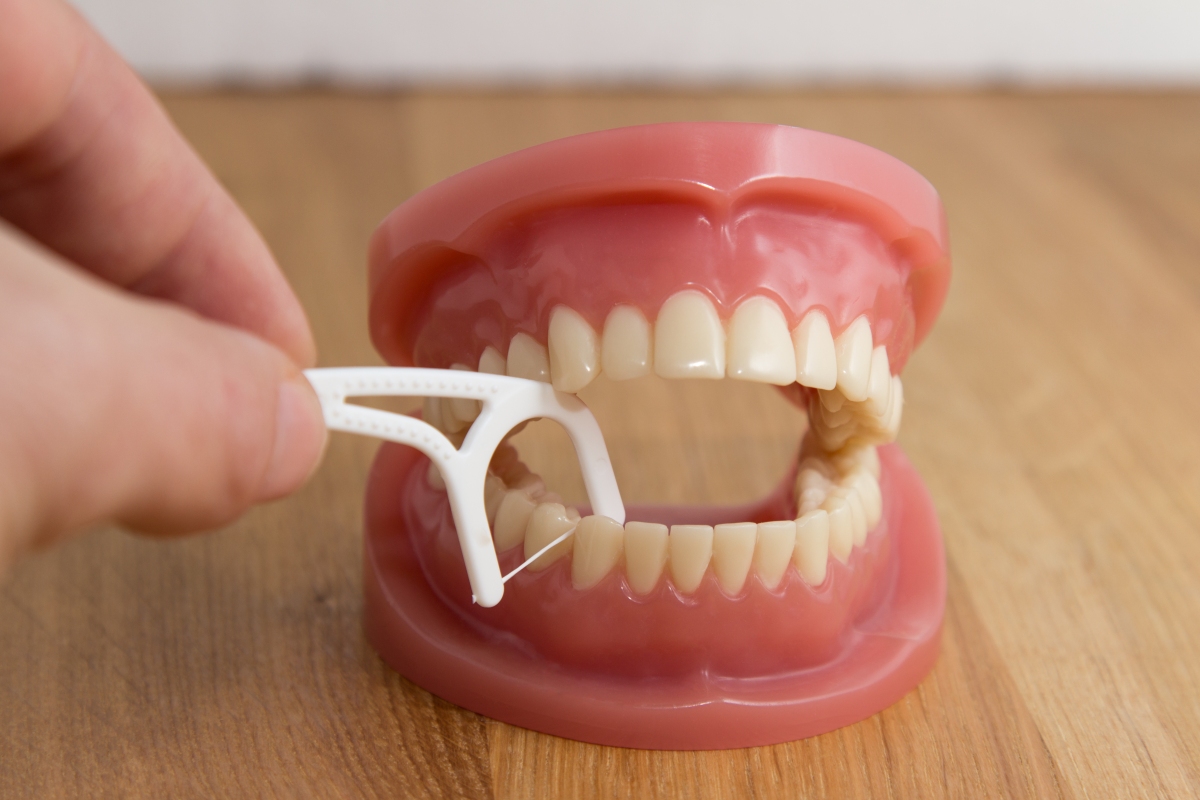 Flossing might not actually have any proven medical benefits.

It’s one of the most universal recommendations in all of public health: Floss daily to prevent gum disease and cavities. Except there’s little proof that flossing works.

Still, the federal government, dental organizations and manufacturers of floss have pushed the practice for decades. Dentists provide samples to their patients; the American Dental Association insists on its website that, “Flossing is an essential part of taking care of your teeth and gums.”

The federal government has recommended flossing since 1979, first in a surgeon general’s report and later in the Dietary Guidelines for Americans issued every five years. The guidelines must be based on scientific evidence, under the law.

Last year, the Associated Press asked the departments of Health and Human Services and Agriculture for their evidence, and followed up with written requests under the Freedom of Information Act. When the federal government issued its latest dietary guidelines this year, the flossing recommendation had been removed, without notice. In a letter to the AP, the government acknowledged the effectiveness of flossing had never been researched, as required.

The AP looked at the most rigorous research conducted over the past decade, focusing on 25 studies that generally compared the use of a toothbrush with the combination of toothbrushes and floss. The findings? The evidence for flossing is “weak, very unreliable,” of “very low” quality, and carries “a moderate to large potential for bias.”

“The majority of available studies fail to demonstrate that flossing is generally effective in plaque removal,” said one review conducted last year. Another 2015 review cites “inconsistent/weak evidence” for flossing and a “lack of efficacy.”

One study review in 2011 did credit floss with a slight reduction in gum inflammation — which can sometimes develop over time into full-fledged gum disease. However, the reviewers ranked the evidence as “very unreliable.” A commentary in a dental magazine stated that any benefit would be so minute it might not be noticed by users.

The two leading professional groups — the American Dental Association and the American Academy of Periodontology, for specialists in gum disease and implants — cited other studies as proof of their claims that flossing prevents buildup of gunk known as plaque, early gum inflammation called gingivitis, and tooth decay. However, most of these studies used outdated methods or tested few people. Some lasted only two weeks, far too brief for a cavity or dental disease to develop. One tested 25 people after only a single use of floss. Such research, like the reviewed studies, focused on warning signs like bleeding and inflammation, barely dealing with gum disease or cavities.

Wayne Aldredge, president of the periodontists’ group, acknowledged the weak scientific evidence and the brief duration of many studies. In an interview at his private practice in New Jersey, he said that the impact of floss might be clearer if researchers focused on patients at the highest risk of gum disease, such as diabetics and smokers.

Still, he urges his patients to floss to help avoid gum disease. “It’s like building a house and not painting two sides of it,” he said. “Ultimately those two sides are going to rot away quicker.”

Aldredge also said many people use floss incorrectly, moving it in a sawing motion instead of up and down the sides of the teeth. Pressed about the origins of his organization’s endorsement of flossing, he said it may simply have “taken the ADA’s lead.”

When the ADA was asked for proof of its claim that flossing helps prevent early gum disease and cavities, the group cited the 2011 review and a 2008 two-week study that measured bacteria and did not even consider gum disease.

In a later statement to the AP, the ADA said flossing “removes plaque” and “is proven to help remove” debris from between teeth. A video on its website proclaims that flossing “helps prevent gum disease.” When pressed, Matthew J. Messina, a practicing dentist and spokesman for the dental association, acknowledged weak evidence, but he blamed research participants who didn’t floss correctly.

Even companies with a big market share of the flossing business — by next year, the global market is predicted to reach almost $2 billion, with half in the United States, according to publisher MarketSizeInfo.com — struggled to provide convincing evidence of their claims that floss reduces plaque or gingivitis. Yet the industry has paid for most studies and sometimes designed and conducted the research.

Procter & Gamble, which claims that its floss fights plaque and gingivitis, pointed to a two-week study, which was discounted as irrelevant in the 2011 research review.

The floss-making companies partner with the ADA through its Seal of Acceptance program. The ADA promotes the seal to companies as something that “directly affects the purchase decisions of consumers;” each manufacturer is charged $14,500 for the evaluation. If it approves the product, the ADA then charges an additional annual fee of $3,500.

The ADA says it rigorously evaluates products and makes no profit from the program. However, floss companies themselves are allowed to design the studies.

“The funding can come from companies — no problem at all,” said dentist Marcelo W.B. Araujo, vice president of the ADA’s Science Institute, who joined the organization after serving as an executive for Johnson & Johnson. “The design can start from the company.”

When flossing first gained acceptance, no proof was required of remedies. Dentist Levi Spear Parmly is credited with inventing floss in the early 19th century. By the time the first floss patent was issued, in 1874, the applicant noted that dentists were widely recommending its use.

The ADA has been promoting floss universally since 1908. “They just looked into what they did every day in their clinical practice and what they would recommend for patients,” said Araujo.

Count dentist Damien Walmsley, scientific adviser to the British Dental Association, among the skeptics. “It’s important to tell people to do the basics. Flossing is not part of the basics.”

Floss can occasionally cause harm. Careless flossing can damage gums, teeth and dental work. Though frequency is unclear, floss can dislodge bad bacteria that invade the bloodstream and cause dangerous infections, especially in people with weak immunity, according to the medical literature.

National Institutes of Health dentist Tim Iafolla acknowledged that if the highest standards of science were applied in keeping with the flossing reviews of the past decade, “then it would be appropriate to drop the floss guidelines.”

Regardless, he added, Americans should still floss.

“It’s low risk, low cost,” he said. “We know there’s a possibility that it works, so we feel comfortable telling people to go ahead and do it.”