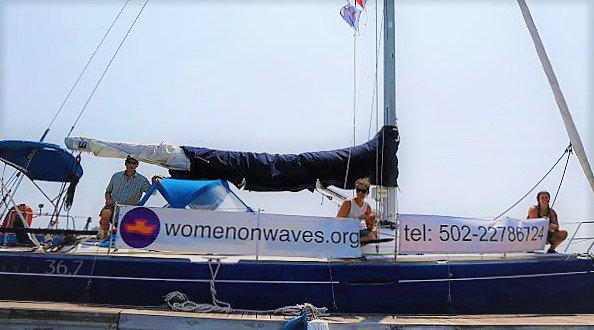 A Dutch sailing boat offering abortions has arrived in international waters off Mexico‘s west coast, according to the organisation which operates it.

The vessel, which operates often in defiance of some countries’ laws, took up position on Friday off Guerrero state on Mexico’s southern Pacific coast.

Women on Waves, a non-profit group, said in an online statement that it was offering “free legal medical abortions till nine weeks of pregnancy” to women who needed them. It said its ship “has all required permits” and would receive women until Sunday.

It noted that Mexico permits abortions in cases of sexual violence. Abortion is limited in other cases to different degrees across the 31 Mexican states.

In a media conference given in the Mexican coastal town of Ixtapa, Women on Waves president Rebecca Gomperts said access to safe abortions was a matter of “social justice” in Latin America, especially after the Zika crisis which increases the risk of birth deformities.

On board the Dutch boat, women are given abortion pills and remain under observation for a few hours before returning to shore on small vessels. The female crew does not perform surgical abortions.

The abortion pill, also known as a medical abortion, combines two medicines – mifepristone and misoprostol – that induce a miscarriage.

Recommended by the World Health Organization (WHO) as a safe and effective way to terminate pregnancy, every year around 26 million women worldwide use this drug combination, the WHO says.

According to the WHO, around 47,000 women die from botched abortions each year, accounting for almost 13 percent of maternal deaths worldwide.

Women who do not live in Mexico City, where abortion has been legal since 2007, along with women who cannot afford to travel to the capital risk their lives by having illegal and often unsafe abortions, rights groups say.

“It’s absurd that according to geography, where women live in Mexico determines … if they can access a legal and safe abortion,” said Regina Tames, head of Information Group on Reproductive Choice (GIRE), a Mexican women’s rights group.

Tames said women in predominantly Catholic Mexico who want to end their pregnancies struggle to access a legal abortion because doctors are often unwilling to carry out the procedure or they have not been trained.

“Access to abortion in cases of rape is really quite limited,” Tames told Reuters news agency.

The Women on Waves group has previously sent its ship to waters off Guatemala, Ireland, Morocco, Poland, Portugal and Spain.

The boat’s last voyage in February to Guatemala sparked controversy after it was detained by Guatemala’s army and expelled without carrying out a single pregnancy termination.

In October 2012, the Moroccan navy blocked the ship from entering the port of Smir.

Women on Waves said it had been invited to Morocco by a youth group called Alternative Movement for Individual Freedoms to inform women about how to induce “safe legal medical abortions,” offer the necessary medication and start a discussion on legalising the practice in Morocco. 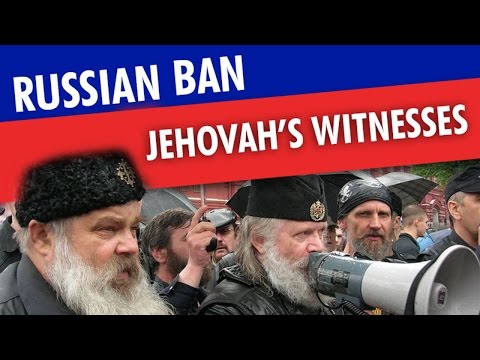 Russia’s supreme court has banned the Jehovah’s Witnesses from operating in the country, accepting a request from the justice ministry that the religious organization be considered an extremist group.

The court ordered the closure of the group’s Russia headquarters and its 395 local chapters, as well as the seizure of its property.

The Interfax news agency on Thursday quoted justice ministry attorney Svetlana Borisova in court as saying that the Jehovah’s Witnesses “pose a threat to the rights of the citizens, public order and public security”.

Yaroslav Sivulsky, a spokesman for Jehovah’s Witnesses in Russia, said in a statement they are “greatly disappointed by this development and deeply concerned about how this will affect our religious activity”.

Jehovah’s Witnesses said they would appeal against the ruling.

The Jehovah’s Witnesses claim more than 170,000 adherents in Russia. The group has come under increasing pressure over the past year.

Russian authorities have put several of the group’s publications on a list of banned extremist literature, and prosecutors have long cast it as an organisation that destroys families, fosters hatred and threatens lives, a description the organisation says is false.

“The supreme court’s ruling to shut down the Jehovah’s Witnesses in Russia is a terrible blow to freedom of religion and association in Russia,” said Rachel Denber, deputy Europe and Central Asia director at Human Rights Watch.

The rights group also expressed concern that if the ruling takes effect, Jehovah’s Witnesses could face criminal prosecution and punishment ranging from fines to prison time.

Ayatollah Ali Khamenei told a meeting of religious speakers that Iranians should resist feminist ideas and instead hold the Prophet Mohamed’s daughter Fatimah as their ideal.

“Making women a commodity and an object of gratification in the Western world is most likely among Zionist plots aiming to destroy the society,” he said, according to a translation on the Shia Muslim leader’s official website.

“Today, Western thinkers and those who pursue issues such as gender equality regret the corruption which it has brought about.”

Khamenei claimed that men and women are equal in the “ascendance of spiritual positions, the power of leadership, and the capability to lead humankind”, but that some tasks for women “collapse and humiliate” their primary roles as housewives and mothers.

A report by the government-controlled Mehr news agency said the Supreme Leader “expressed hope that views of those who raised similar [gender equality] issues inside Iran were not based on the Western misconception”.

Iranian women are heavily restricted in their personal and public lives, including with state-enforced dress codes, curbs on higher education courses, jobs and sporting activities open to them, and freedom of movement under controls requiring a husband’s signature to leave the country.

Many have been rallying round movements like My Stealthy Freedom, which combats the compulsory hijab, but women found to have broken “morality” laws have been arrested and forced into public apologies.

Among them are women detained for breaking a fatwa issued by Khamenei to ban women cycling in public – claiming it “attracts the attention of men and…contravenes women’s chastity” – as well as others arrested for posting “vulgar” photos without headscarves on Instagram.