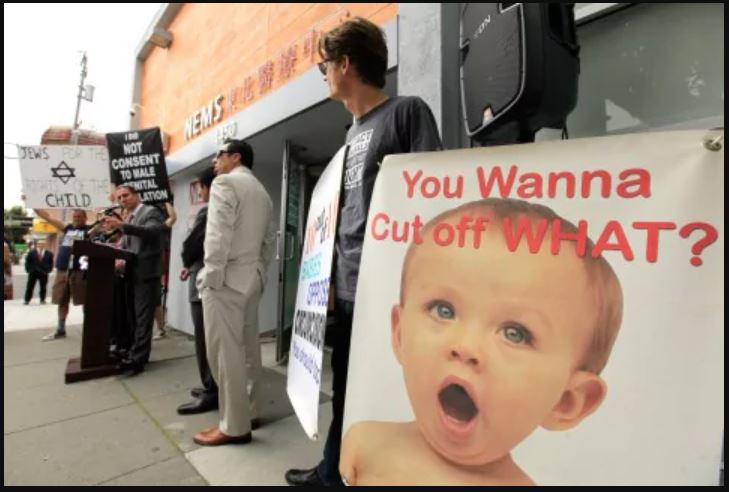 Religious leaders have reacted with outrage to a bill proposed by MPs in Iceland that would criminalise male circumcision.

The bill proposes a six-year prison term for anyone found guilty of “removing sexual organs in whole or in part”.

Salmann Tamimi, president of the Muslim Association of Iceland, described the proposal as an “attack on religion”.

Circumcising girls has been illegal in Iceland since 2005, but there are currently no laws to regulate the practice against boys.

Describing circumcision as a “violation” of young boys’ rights, the bill states the only time it should be considered is for “health reasons”.

Young men would be given the opportunity to decide for themselves once they reached the age of consent.

Male circumcision is one of the most common surgical procedures in the world, with one recent study estimating that around 38 per cent of men globally have undergone the procedure.

According to the same study, around half of circumcisions are carried out for religious or cultural reasons.

While the importance of male circumcision in Islam is disputed – some Muslim groups say it is obligatory, others only recommend it – it remains a major and celebrated rite wherever Islam is practised.

For Jews, circumcision carries profound religious significance and most baby boys born into Jewish families are circumcised within a week of birth.

The Bishop of Iceland, Agnes M Sigurðardóttir, has criticised the bill for criminalising the religious beliefs of Jews and Muslims, recommending instead a ban on unsafe circumcision.

In a statement to The Independent, Chief Rabbi Pinchas Goldschmidt, president of the Conference of European Rabbis, said he was “extremely concerned” about the proposed legislation.

“Whilst the Jewish population in Iceland is small, we cannot ignore the dangerous precedent this sets within Europe and the implications it has on Jews’ ability to carry out our religion in an open and free manner.”

A spokesperson for Milah UK, which campaigns to protect the right of the Jewish community to carry out male circumcision, described the practice as “a non-negotiable element of Jewish identity”. A ban would make “sustainable Jewish life in the country impossible,” he said.

There are no official figures on the number of Jews living in Iceland but estimates in 2010 by the Pew Research Center suggest they make up less than 0.1 per cent of the population (fewer than 320 people).

Mr Tamimi said he was particularly concerned about the potential impact of the bill on the small Jewish community.

“Even if there is just one Jew, it is very bad to criminalise him,” he said. “It’s very bad for Iceland to get that name, that they don’t want Jews. This is one way of saying they are not welcome.”

He warned the legislation was an attack on religion more broadly – “they are interfering in religious freedom” – and said he was frustrated that religious groups were not consulted before the legislation was proposed. “There was not a single word,” he said. “We read about it in the newspaper.”

Progressive Party MP Silja Dögg Gunnarsdóttir is the driving force behind the legislation.

“I didn’t think it was necessary to consult,” she told The Independent. “I don’t see it as a religious matter.”

“Jews are welcome in Iceland. But this is about child protection and children’s rights. That comes first, and before the religious rights of the adult.

“Every individual, it doesn’t matter what sex or how old… should be able to give informed consent for a procedure that is unnecessary, irreversible and can be harmful. His body, his choice.”