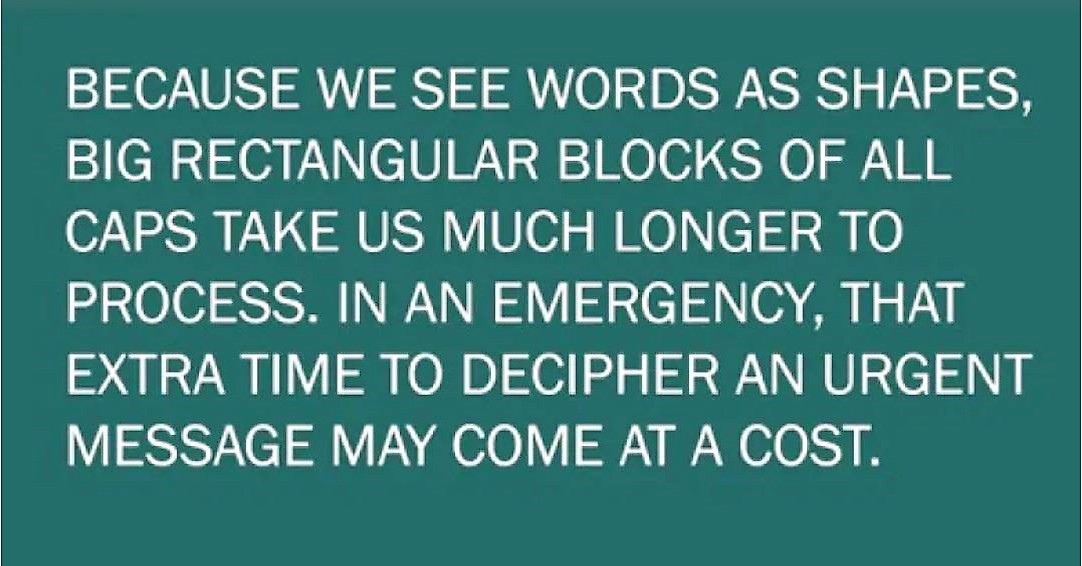 Can a font save your life?

After decades of issuing forecasts in ALL CAPS, in the spring of 2016, the US National Weather Service said it would start using both uppercase and lowercase letters, allowing it to better emphasize important information like tornado warnings and hurricanes.

Lena Groeger is a designer and journalist who wrote How Typography Can Save Your Life for ProPublica in which she argues that the design of a typeface can actually be an issue of life and death.

How easy they are to read at night, in bad weather, or just in general can make a minor difference: getting in the right lane for an exit.

Or it could make a major difference: like avoiding an accident.

Over the last several decades, the typefaces on US highway signs have been replaced with an easier-to-read font, as shown in the picture above.

Typeface choice and style is also important, Lena says, because it can help or hinder you from extracting important information from a block of text.

Consider the green picture below. 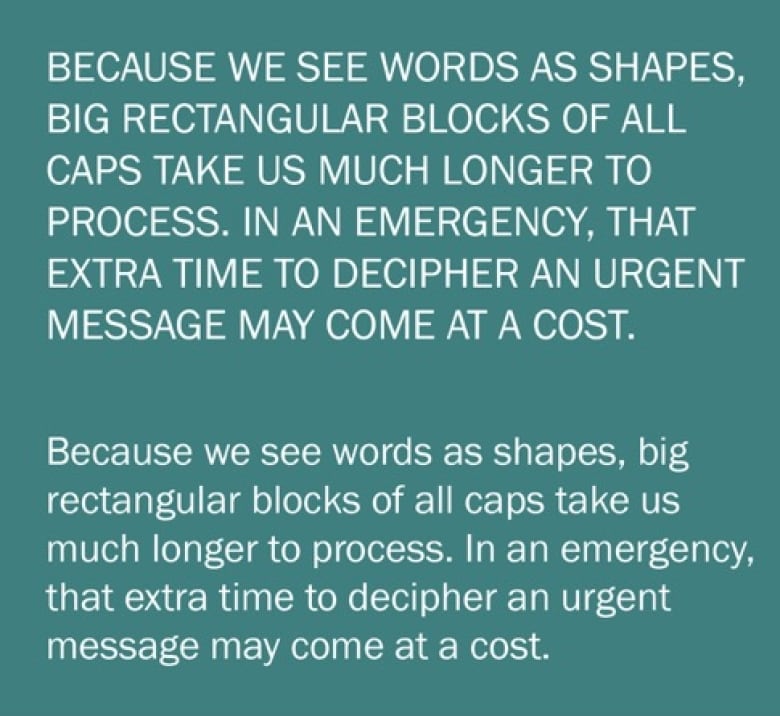 An example of how difficult it is to read all-caps text versus sentence case text. (Lena Groeger)

Most people find the sentence-case version of the text, on the bottom, easier to read, says Lena.

Which is the the reason why the US National Weather Service announced that it was changing its weather forecasts and bulletins from all caps to sentence case.

Environment Canada has also made this change.

Recognizing that in current usage, using all caps in a sentence is akin to shouting, the US service made this clever announcement in 2016:

LISTEN UP! BEGINNING ON MAY 11, NOAA’S NATIONAL WEATHER SERVICE FORECASTS WILL STOP YELLING AT YOU.

Lena explains that the use of all caps dates back to a time when forecasts, as well as legal and other documents, were written with typewriters, which have a limited capacity to emphasize text — and using capital letters was the only easy way to do this. 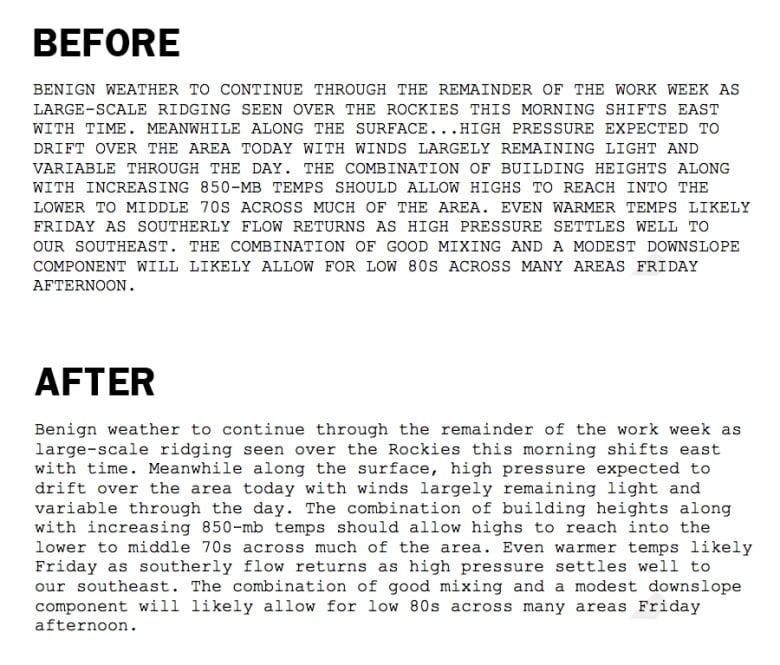 How the US National Weather Service forecast looked before, and now. (NOAA)

“We’re well past the age of typewriters,” she says, and it’s taken a long time for many agencies to catch up, she adds.

Now, messages like tornado warnings — which will remain in all caps — will stand out much more, and allow people to discern important information from the forecast.

But the significance of typeface choice also applies to traffic, and the ability of a driver to read and process information.

In a recent study MIT’s AgeLab and the font maker Monotype examined how different typeface choices could effect driver reaction time when glancing at a dashboard.

The study found that, especially among men, a clearer, easier-to-read typeface meant on average they were spending half a second less getting information from the car’s dashboard. That may not sound like much, but at highway speeds, its significant.

Half a second equates to 50 feet of travel, Lena says. “That could mean the difference between life and death.”