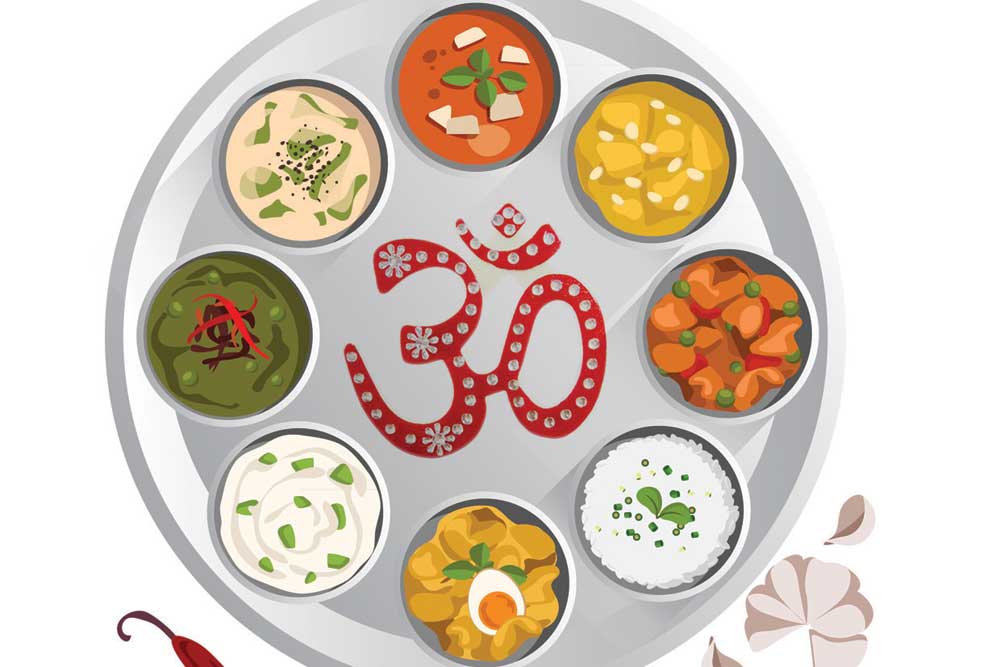 New religion: How the emphasis on ‘clean eating’ has created a moral hierarchy for food.

Part of a series showcasing the research at the annual Congress of the Humanities and Social Sciences conference from May 30-June 5 at the University of Ottawa.

When a vegan friend opened her fridge door, Gillian McCann could sense his disgust at the milk on the shelf.

“He never said it, but it definitely felt like it was polluting the … space,” she says.

McCann, a professor of religion and culture at Nipissing University in northern Ontario, says she is just as guilty of food snobbery. The vegetarian admits she would be grossed out to find a hunk of meat too close to her salad in the fridge.

But if their kitchen skirmish sounds like just more fodder for a Portlandia skit, it also points to a larger, more troubling, trend.

McCann is one of several academics presenting papers at next week’s Congress of the Humanities & Social Sciences in Ottawa looking at how the explosion of “clean eating” — whether raw food and juicing, the paelo diet, gluten-free regimens or fervent veganism — has created a moral hierarchy for food.

She argues that the rise in food movements has coincided with a decline of religion in society, with many people seeking familiar values such as purity, ethics, goodness. But these movements also tend to encourage behaviours that have steered a generation away from religion: Judgment, self-righteousness, an us-versus-them mentality. And, she adds, many seek a fulfilment that cannot be satisfied with food.

The relationship between food and virtue has deep roots. A bite from that apple in Eden, after all, was Eve’s fatal moral choice. Muslims and Jews avoid pork. Many Hindus and Rastafarians are vegetarian.

But while most of us have ditched traditional dietary restrictions, there is still a tendency in the broader culture to apply moral values to food choices, American philosophy and religion professor Alan Levinovitz argues in his new book, The Gluten Lie and Other Myths About What You Eat.

The way we categorize foods as virtuous or polluting is complex. For example, as Levinovitz explained in an interview with The Atlantic this month, “people thought sugar was bad in the late 1700s” almost as soon as it was introduced. This is because it was considered pleasurable and thus tantamount to sin, even as the sweetness of honey, considered more “natural,” was not.

As religion has declined, though, McCann argues that our obsession with the purity of what’s on our plate has grown. “It’s largely unconscious,” she says, but is motivated by a sort of “religious impulse” that goes unrecognized.

The fervour over what is considered “good” or “bad” food can have a Messianic tinge. Sorting out how we should eat seems to become ever more fraught: is it enough to eat food that is generally healthy? Does it also need to be environmentally sustainable? Is limited meat intake okay or do we need to abstain completely to be virtuous eaters?

Christiane Bailey, who is a PhD student of philosophy at the University of Montreal, believes eating meat, however sustainably farmed and humanely killed, is misguided. She is presenting another paper at next week’s meeting arguing veganism is the only way Canadians can be true ethical eaters. The researcher says it is “privileged and ignorant” to eat even an animal that has supposedly led a “happy” life on a farm, or even its byproducts.

But what she describes as a fight against “injustices” done to animals inadvertently pits her against other eaters, a dynamic McCann notes in her presentation.

“If you think you’re the pure, someone else is impure,” she says. The more self-righteous we are about what we eat — because it’s ethical or healthy or local — the more we also tend to judge others on what they eat. Or worse, who they are.

There’s a reason someone says ‘I am a vegetarian,’ rather than ‘I eat vegetarian.’

“It feels like virtue,” says McCann. “‘I am a virtuous person, I’m controlling my body, I’m disciplining my body [and] you’re not.’”

Part of the appeal of virtuous eating is it offers us a sense of control in an overwhelming world, says Helen Zoe Veit, a professor at Michigan State University and the author of Modern Food, Moral Food.

“In the last 30 or 40 years, there has been a strong sense that ethical eating is one of the most powerful things individuals can do to effect positive change,” she says in an email.

If someone religious came up and talked to you like that, you wouldn’t take it. But when it’s about food, you’re at a loss

But much of what we consider “good” eating is not about “ethics in any conventional sense, but instead (is) mainly about personal health and esthetics,” she notes, pointing to paleo and gluten-free diets.

“Feeling morally righteous about food choices makes sense when people are giving up desired foods in order to slow climate change or prevent the abuse of workers or animals. When people also feel morally righteous about dietary choices that are primarily about the body and the self, it hints that part of North Americans’ enduring interest in dietary trends is the idea that giving up desired foods is a virtuous act in its own right.”

Not everyone has the luxury of food choice, or the individual agency to make that “moral” decision to live a healthy, active life.

Elisabeth Harrison, a PhD candidate at York University in Toronto who is also speaking at the meeting, argues for many people, eating behaviours are beyond personal control. Not everyone has the money to, say, buy organic. Pushing the health agenda without looking at larger social forces, she believes, is akin to “health fascism.”

For her part, McCann says she tries to keep self-righteousness about her vegetarianism in check — and not to eye-roll her friends when they cast silent judgment about the contents of her fridge.

“I think it’s so underground it’s hard to call it anymore,” she says of sermons about ethical food.

“If someone religious came up and talked to you like that, you wouldn’t take it. But when it’s about food, you’re kind of at a loss, you’re like ‘I can’t even engage on this,’ because, in a sense, they’re right.’”