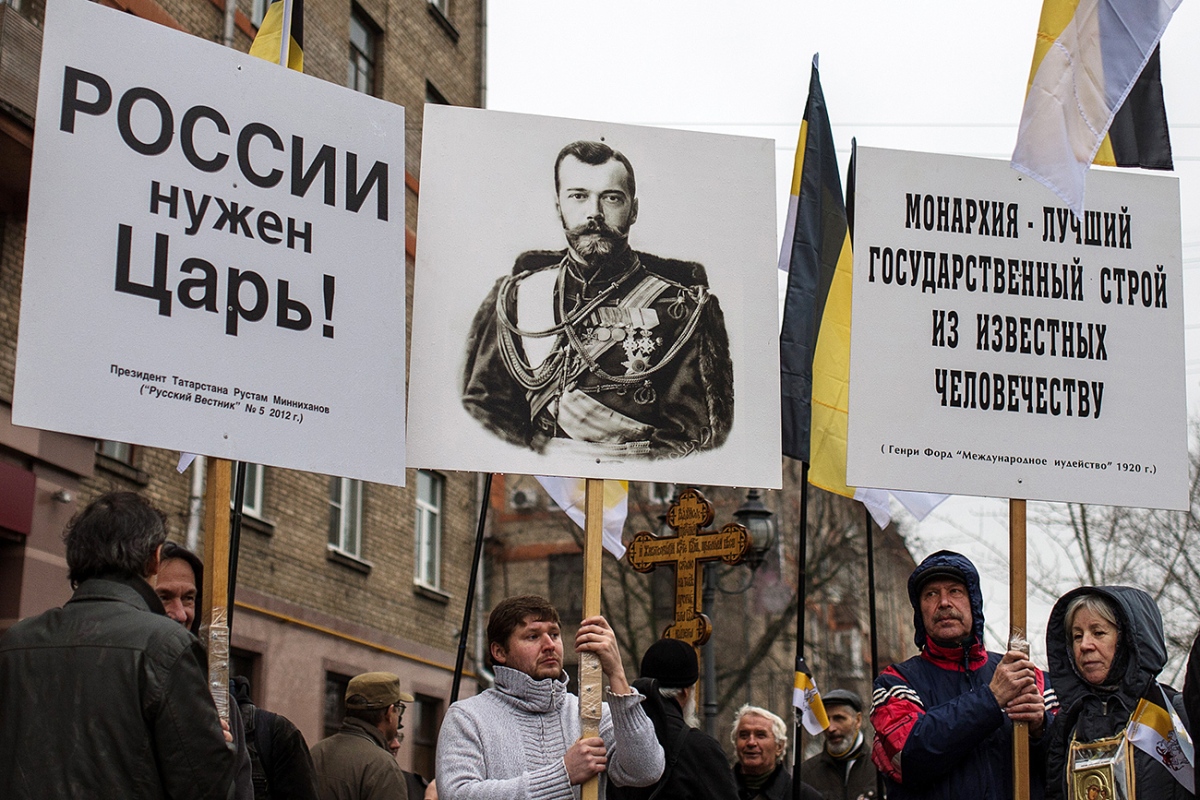 School in Russia wants a return to monarchy reversing 100 years of history.

We are raising a new elite here,” said Zurab Chavchavadze, the dapper 74-year-old headteacher of St Basil the Great School, sitting beneath a large portrait of Russia’s last tsar, Nicholas II. “The students will be morally sound, religious, intellectual and patriotic, and will have every chance of getting into power.”

A collection of grand buildings set around a new cathedral in an upmarket suburb of Moscow, the school harks back to Russia’s tsarist traditions to inculcate a sense of patriotism in its 400 students.

As the centenary approaches of Russia’s 1917 revolution, which deposed the Romanov dynasty after centuries of rule, Chavchavadze is part of a small but influential section of Russians who are looking to the tsarist past for inspiration – and even hope to restore a monarchy one day soon.

At St Basil the Great school, portraits of the tsars look out at pupils from the corridors. A statue of Catherine the Great dominates a hallway, and the student ballroom features vast portraits of eight tsars. The lessons include scripture studies and Latin, and the school’s history textbooks were specially commissioned, to avoid the positive view of much of the Soviet period given by the standard Russian textbooks.

The school is the pet project of Konstantin Malofeyev, a mysterious Russian financier known as the “Orthodox oligarch”. Malofeyev, well-connected in the Kremlin, is believed to have funded rebel forces in East Ukraine, and has set up a nationalist, Orthodox Christian television channel, Tsargrad. The school, he said in an interview with the Guardian, is meant to function as “an Orthodox Eton”, which will prepare the new elite for a future Russian monarchy.

“The mission of our school is to ensure that our graduates will be Orthodox patriots who will carry the thousand-year traditions of Russia, not just those of the last 20 or 100 years,” said Malofeyev, from his central Moscow office, adorned with Orthodox icons and a large portrait of Tsar Alexander III, a 19th century ruler known for his conservatism. “For me it’s very important to restore the traditions that were broken off in 1917.”

After the February revolution – named for the month it began in Russia’s then-Juilan calendar – the country embarked on a short liberal experiment, but the provisional government was deposed by Vladimir Lenin’s Bolshevik uprising in October of the same year. Nicholas II and his family were executed in 1918; many aristocrats fought for the White armies in the Russian civil war, or fled to western Europe or further afield.

During the Soviet period, discussion of the Whites was forbidden. Chavchavadze’s family returned to the Soviet Union in 1947 in a wave of patriotism after victory in the second world war, but his father was quickly arrested as a spy and sent to the Gulag for 25 years, while the family was exiled to Kazakhstan.

In the post-Soviet period there has been renewed interest in the history of the pro-tsarist forces. Nicholas II has been canonised by the Russian Orthodox church. While Vladimir Putin’s administration has expressed admiration for the achievements of the Soviet Union, its foundation in 1917 is regarded as a tragedy, for the bloodshed and turmoil it caused.

Malofeyev, now 42, was born near Moscow to parents who lived in a special housing reservation for Soviet scientists. As a teenager during Mikhail Gorbachev’s perestroika, he devoured literature about the Whites, and swiftly became a monarchist.

“When I was 14, I read two books which had a huge impact on me,” he recalled. One was the memoirs of a former tsarist officer who went on to publish an émigré newspaper in Argentina, while the other was Lord of the Rings. “The image of Aragorn returning to Gondor was my second image of monarchy. It also affected my monarchism,” he said.

Taken with the idea of monarchy, Malofeyev wrote a letter to the Paris-based Grand Duke Vladimir Kirillovich, born in 1917 and considered the head of the imperial family after Nicholas II and his family were executed by the Bolsheviks and other royals died in exile.

After reading Malofeyev’s letter, the duke asked Chavchavadze, who was then working as his assistant, to deliver his reply in person. The pair have stayed in touch ever since.