Climate apartheid will push 120 million into poverty by 2030.

The world is facing a “climate apartheid” between the rich who can protect themselves and the poor who are left behind, the UN has warned. A new report published on Tuesday estimated that more than 120 million people could slip into poverty within the next decade because of climate change.

We risk a ‘climate apartheid’ scenario where the wealthy pay to escape overheating, hunger, and conflict while the rest of the world is left to suffer.”

As extreme weather events such as droughts, floods and hurricanes become more frequent, the world’s poorest people will be forced to “choose between starvation and migration,” the report warned.
“We risk a ‘climate apartheid’ scenario where the wealthy pay to escape overheating, hunger and conflict while the rest of the world is left to suffer,” said Philip Alston, the UN Special Rapporteur on extreme poverty and human rights.
Alston said the difference between how climate change affects the wealthy and the poor is already apparent. One example he gave in the report was the aftermath of the 2012 Hurricane Sandy in New York City. While thousands of low-income people were left without power and healthcare for days, the Goldman Sachs HQ on Manhattan was kept safe by tens of thousands of sandbags and powered by a private generator. 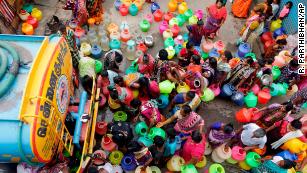 ‘I’m scared for my daughter’: Life in India’s first city that’s almost out of water
Researchers from Stanford University have previously warned that climate change is making poor countries poorer, widening global inequality between nations. But extreme weather events fueled by climate change are also deepening disparities within countries.
Research published in 2017 in Science journal projected that the poorest counties in the United States will see the most economic damage from events like droughts and hurricanes. Poor communities and women are more vulnerable, because they tend to be more reliant on agriculture. 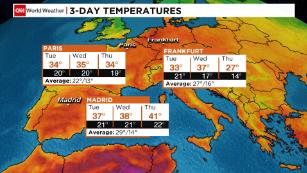 The livelihoods of the world’s poorest are most exposed to climate change disasters, because poverty makes it impossible to escape, says the research. When extreme weather hits, the poorest lack the resources necessary to recover, and become even poorer, creating a vicious circle.
“Perversely, while people in poverty are responsible for just a fraction of global emissions, they will bear the brunt of climate change, and have the least capacity to protect themselves,” Alston said.
The UN has also warned that just slowing down the rise in temperature as outline by the 2015 Paris Agreement won’t be enough to save millions of people who are already suffering.
“Even the unrealistic best-case scenario of 1.5 (degrees Celsius, or 2.7 degrees Fahrenheit) of warming by 2100 will see extreme temperatures in many regions and leave disadvantaged populations with food insecurity, lost incomes, and worse health,” the report said. 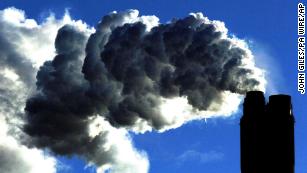 Yet despite the warnings, most countries are not on track to meet their climate targets. The European Union last week failed to agree a net zero emissions deadline, President Donald Trump has taken the US out of the Paris Agreement and the G20 is preparing to water down its climate promises, according to a report in the Financial Times.
Tuesday’s UN report has again highlighted the need for nations to recognize that basic human rights — to life, food, housing, and water — will be dramatically affected by climate change, especially if they fail to take action.
Source: https://cnn.it/2L0OvXO