Utah has become the 19th — and most conservative — state in the U.S. to ban “conversion therapy” for minors. The widely discredited practice, aimed at changing a patient’s sexual orientation or gender identity, is now formally barred in the state after the new rule took effect late Tuesday.

A spokesperson for Republican Gov. Gary Herbert, who directed licensing regulators to make the change, confirmed the move to NPR on Wednesday.

“We want to thank Governor Herbert and his administration for not allowing this issue to be politicized,” Troy Williams, the executive director of Equality Utah, said at a Wednesday news conference celebrating the news. “He saw how polarizing this was becoming, and he made the decision to allow science to prevail over politics. He kept his word to the LGBTQ community, and we are deeply grateful to him.”

There are some key exceptions: The ban doesn’t apply to clergy, religious counselors, parents or grandparents, so long as they’re not acting as psychologists.

Still, the rule exists — a simple fact that, for a long time, was far from ensured. 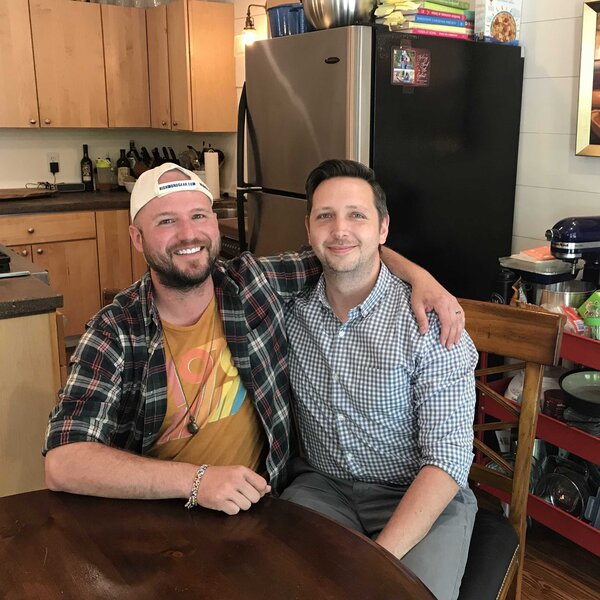 An attempt to get a ban passed in the state legislature collapsed last year, after conservative lawmakers amended the bill so extensively that by the time it received committee approval, even its sponsor, Rep. Craig Hall, had effectively disowned it. The measure stalled in the state House of Representatives.

“I certainly have concerns about some of the abuse that I’ve heard talked about, but I’m not a psychologist,” Herbert said during a news conference last June, when he announced his request. “This is not my background. I’m going to rely upon the experts to tell us what should be done, or not be done, or how it should be done.”

LGBTQ young people are already significantly more likely to attempt suicide than their heterosexual peers. But according to researchers at San Francisco State University, rates of attempted suicide among LGBTQ youth more than double when parents try to change their sexual orientation. And those rates triple when parents and therapists and religious leaders try to do so.

“It was a lot of messaging of like, ‘The way you are right now is problematic, and people will not like you or accept you the way you are’ — which, as a 16-year-old, that’s the last thing you need to hear from adults,” Nathan Dalley, a student at the University of Utah and an outspoken conversion therapy survivor, told Nicole Nixon of member station KUER on Wednesday.

“I’m really happy to hear that youth are protected from this practice and that families in the future will not have to deal with the effects of conversion therapy,” Dalley added. “It’s hard to deal with. It’s hard to address. It’s hard to talk about, and it’s hard to heal from.”

Still, critics feel confident that lawmakers will push back on the move, which largely implements changes that conservative legislators sought to stifle.

“I’m sure something will be done,” Gayle Ruzicka, president of the conservative Utah Eagle Forum, told The Salt Lake Tribune.

For now, at least, the new rule vaults Utah into some unlikely company. Currently, 18 other states and the District of Columbia ban conversion therapy for minors — and the lawmaking bodies of all but a few have Democratic majorities. Utah is the only state with such a ban where Republicans control the governor’s mansion and both houses of the state legislature.