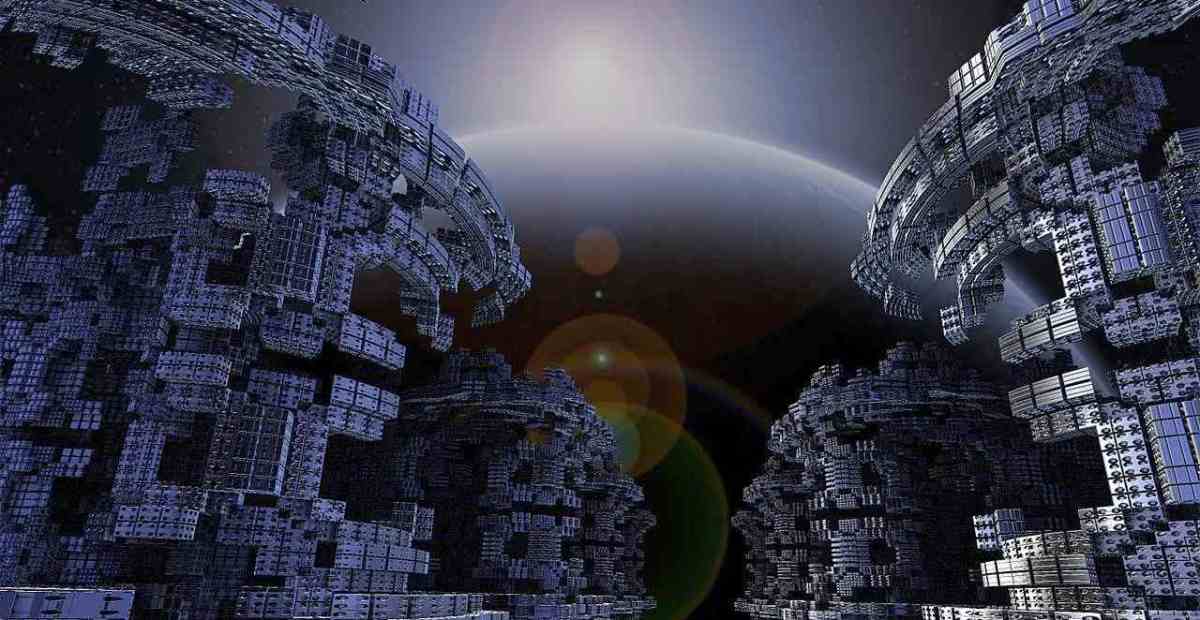 Scientists estimate there are around 30 intelligent civilizations in our galaxy.

Are we alone in the universe? Astronomers have been debating this question for centuries, hunting for signs of life in a world that is not our own. Humans have built satellites, probed the stars, and in general just pondered the binary answers of “yes” and “no” for centuries.

However, a team of researchers have developed a new approach to help resolve life’s biggest mystery. Based on what we already know of how life evolved on Earth, they came to the stunning conclusion that there could be more than 30 intelligent civilizations across the galaxy that are active right now.The study, published Monday in The Astrophysical Journal, not only narrows down previous estimates of life in the wider cosmos, but also sheds light on the longevity of life here on Earth. If other civilizations don’t exist at the same time we do in the Milky Way, then maybe our time is rather short lived.

THE SOLAR SYSTEM FORMED AROUND 4.5 BILLION YEARS AGO, and our home planet formed from a swirling disc of gas and dust millions of miles away from its host star. However, the first signs of microbial life appeared on Earth around 3.5 billion years ago, taking about a billion years to develop.

And it then took much longer for modern humans to evolve, dating back around 200,000 years, and for modern civilization to begin around 6,000 years ago.

Following all those years, human beings became an intelligent, communicating civilization around 100 years ago.

Considering that it took nearly 5 billion years for a technological civilization to exist on a planet, and assuming that life evolved on other planets the same way it did on Earth, the team of researchers behind the new study estimate that there could be 36 other alien civilizations or more in the Milky Way alone.

The criteria for these civilizations is based on how long they have been actively sending out signals of their existence out into the universe, such as radio transmissions, the same way that Earthlings have.

“The idea is looking at evolution, but on a cosmic scale,” Christopher Conselice, professor of Astrophysics at the University of Nottingham, and lead author of the study, said in a statement. “We call this calculation the Astrobiological Copernican Limit.”

Rather than the traditional method of looking for signs of extraterrestrial life in the distant cosmos by discovering and exploring alien planets, the study came up with an estimate based on how long it took for our own civilization to develop on Earth, and how long we have been around on this planet.

However, the researchers estimate that these extraterrestrial civilizations may be located around 17,000 light years away, which would make it hard to detect or communicate with them with our current technology. But, maybe they’re ahead of us with their own technology.

Of course, if it turns out that no other active modern civilization exists elsewhere in the Milky Way at the moment, it doesn’t bode very well for us. It could be an indication that the survival window for civilizations like ours is quite small, and we basically keep missing each other.

“Our new research suggests that searches for extraterrestrial intelligent civilizations not only reveals the existence of how life forms, but also gives us clues for how long our own civilization will last,” Conselice said. “If we find that intelligent life is common then this would reveal that our civilization could exist for much longer than a few hundred years, alternatively if we find that there are no active civilizations in our Galaxy it is a bad sign for our own long-term existence.”

Abstract: We present a cosmic perspective on the search for life and examine the likely number of Communicating Extra-Terrestrial Intelligent (CETI) civilizations in our Galaxy by utilizing the latest astrophysical information. Our calculation involves Galactic star formation histories, metallicity distributions, and the likelihood of stars hosting Earth-like planets in their habitable zones, under specific assumptions which we describe as the Astrobiological Copernican Weak and Strong conditions. These assumptions are based on the one situation in which intelligent, communicative life is known to exist—on our own planet. This type of life has developed in a metal-rich environment and has taken roughly 5 Gyr to do so. We investigate the possible number of CETI civilizations based on different scenarios. At one extreme is the Weak Astrobiological Copernican scenario—such that a planet forms intelligent life sometime after 5 Gyr, but not earlier. The other is the Strong Astrobiological Copernican scenario in which life must form between 4.5 and 5.5 Gyr, as on Earth. In the Strong scenario (under the strictest set of assumptions), we find there should be at least civilizations within our Galaxy: this is a lower limit, based on the assumption that the average lifetime, L, of a communicating civilization is 100 yr (since we know that our own civilization has had radio communications for this time). If spread uniformly throughout the Galaxy this would imply that the nearest CETI is at most lt-yr away and most likely hosted by a low-mass M-dwarf star, likely far surpassing our ability to detect it for the foreseeable future, and making interstellar communication impossible. Furthermore, the likelihood that the host stars for this life are solar-type stars is extremely small and most would have to be M dwarfs, which may not be stable enough to host life over long timescales. We furthermore explore other scenarios and explain the likely number of CETI there are within the Galaxy based on variations of our assumptions.