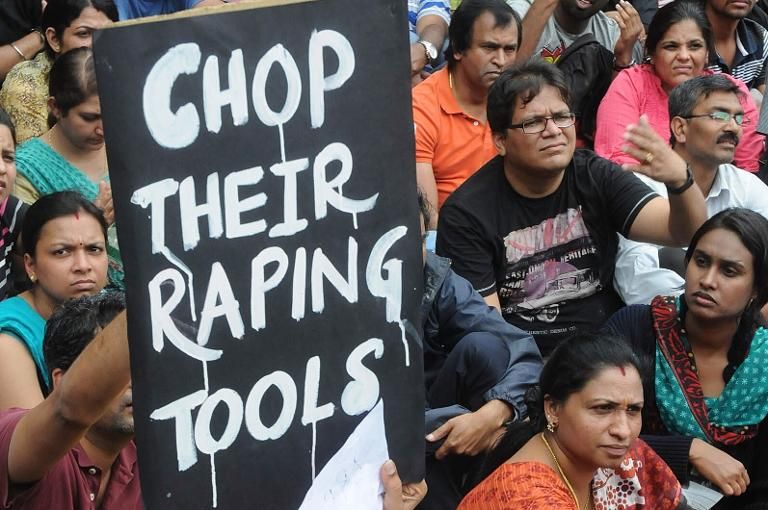 Woman in India cuts off rapist’s penis and takes it to police station.

A 32-year-old Indian woman cut off her brother-in-law’s penis and handed it to police, claiming he had sexually assaulted her.

Accompanied by her three children, the woman went to a police station in the Sidhi district of Madhya Pradesh in central India, where she told officers her brother-in-law had raped her, the Times of India reported.

Police attempted to send medical support to the man, but he was found to have committed suicide.

His body was reportedly found hanging from a tree near their house.

The woman had been living with her brother-in-law because her husband worked more than 700 miles away, in Nashik, Maharashtra.

She reportedly told police that she had used a sickle to cut off her brother-in-law’s penis as it was the only way to stop him attacking her.

According to Sidhi police spokesman Abid Khan, the woman has been charged with attempted murder.

“This is a rare case and has to be investigated for a proper charge sheet,” he said.

There has been an increasing media focus on rape in India since the fatal gang rape of a student on a Delhi bus in December 2012.

The number of rapes in India rose by 9 per cent to 33,707 in 2014, according to data from the National Crime Records Bureau.